Manufacturers may be drawing back from China to "safer bet" Europe, report finds

Increased costs and rising political instability may be driving manufacturers to reduce sourcing from China in favour of doing more business with European suppliers, data in a new report suggests.

The Q4 2018 Global Supply Chain Risk Report, published today by Cranfield School of Management and Dun & Bradstreet, found sourcing from high-risk countries is most prevalent in the manufacturing sector, but this reduced 25% during Q4 2018, suggesting businesses may be adopting a more cautious approach.

Dr Heather Skipworth, senior lecturer in logistics, procurement and supply chain management at Cranfield, said companies may be increasingly wary of offshoring to low-cost economies, which are sometimes characterised by higher country risk.

Her colleague, Dr Patrick McLaughlin, Senior Lecturer in Manufacturing Management at Cranfield, said the manufacturing sector’s large amount of trade with China, and China’s recent economic slowdown, could be a reason behind the change in the data.

He said: “More than in any other industry, the manufacturing sector has to go abroad to source suppliers. The UK supply chain is hollowed out. A lot of the manufacturing supply chain comes from the Asia-Pacific, and most of that is from China. Over the past six months or so, China’s economy has begun to slow down, and there is also the US/China trade war, people making noises about territorial waters and a growing awareness of China as a military power thanks to their huge military expansion.

“China is no longer the rich source of low-cost manufacturing that it once was – it is becoming more industrialised and wages are on the rise. Countries like Vietnam, Malaysia and Indonesia to some extent all have a lot of what China had to offer in this regard, as well as manufacturing capabilities that they are keen to develop.

“Perhaps buyers are concerned that these are all early warning signs of potential future problems, and that trading with China comes with a little more risk than it may have done 12 months ago. Buyers may be considering their alternatives, perhaps drawing back from China and moving further into Europe to take advantage of its relative stability.

“Even though Brexit is dominating the European agenda, it is less of an issue for businesses that source globally, as they are already used to tariffs and customs clearances. Therefore, re-sourcing into Europe – even if the UK leaves the EU – may be seen as a safer bet than staying in China.”

Professor Sunil Poshakwale, Professor of International Finance at Cranfield, explained why China’s economy is slowing down. He said: “China’s economy is very much based on exports, and on spending on infrastructure and real estate at home. In recent times, residential markets have slowed down substantially, meaning investment is not rolling over. The rural population moving to urban areas hasn’t happened as quickly as many thought it would. At the same time, many other world economies are slowing down, so demand for goods and services has decreased. Also, China’s requirement that foreign companies wanting to build their businesses there have to pass on their technology is a barrier to easy access for foreign companies.”

Dr McLaughlin also commented on the manufacturing sector’s relatively low perception of dependence on suppliers, as highlighted in the report. He said: “In light of everything that is happening with Brexit, this is interesting. At the end of last year, the sector would have been producing as much product as possible for the year-end, and it may be that this attention to the job at hand has taken the focus off any concern they may have had in that area. Equally, businesses may be building up stock and bringing in materials early to prevent potential shortages caused by Brexit, and this may too be helping to alleviate concern.”

The quarterly Global Supply Chain Risk Report investigates the level of supply chain risk faced by European companies with international supplier relationships. It uses four key metrics to assess overall supply chain risk and provides businesses with a view of trends within their industry sector and the wider economy, highlighting areas for monitoring and consideration in procurement decisions.

Analysis in the Q4 2018 report was carried out using proprietary commercial data supplied by Dun & Bradstreet, which included around 200,000 transactions between anonymous European buying companies and their suppliers in more than 150 countries worldwide.

The Q4 2018 Global Supply Chain Risk Report is available to download now from the link on this page. 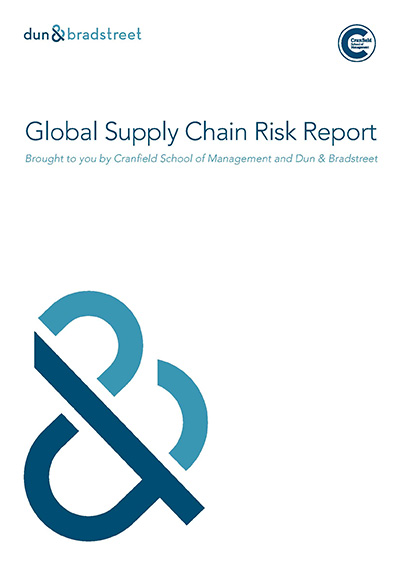 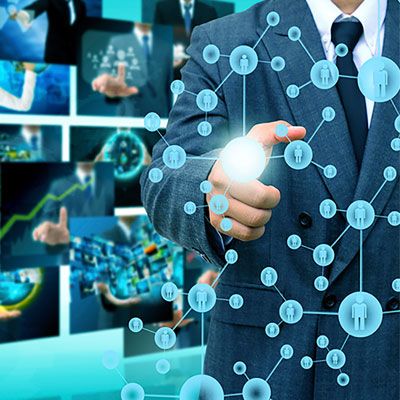