Leading figures from the world of technology and management will receive Honorary Doctorates from Cranfield University in ceremonies, at the University’s Bedfordshire campus, over the next two days.

They will be joined by more than 1,000 postgraduate students from more than 100 countries who will by celebrating receiving their degrees from Cranfield University.

Professor Sir Peter Gregson, Chief Executive and Vice-Chancellor of Cranfield University, said: “As we celebrate the graduation of our latest future leaders in technology and management, it is right that we pay tribute to those that are already leading the way in their respective fields. This year’s honorary graduates represent the very best in British business and industry. They are the innovators, the job creators and the leaders that the UK desperately needs.”

This year’s recipients include: 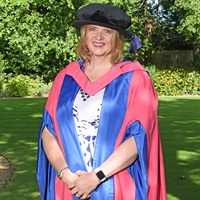 Katherine Bennett CBE, Senior Vice President, Airbus, said: “This honour came as a huge surprise to me, having lived down the road from Cranfield and supported my husband during his MBA, it never crossed my mind I would receive such an invitation. Science and technology was never my forte but I have never failed to be impressed by those who have the passion, and those who teach it. I am proud to be associated with such excellence as Cranfield” 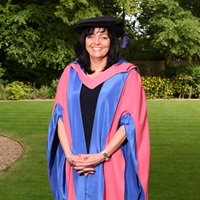 Debra Charles, Founder and Chief Executive of Novacroft, said: “It is with immense pride that I receive the Honorary Doctor of Science, particularly as it is from Cranfield University, which I hold in the highest regard. Cranfield is enabling and equipping our children to seize the opportunities of the coming decades. To me, that’s of significant importance, because my legacy is about ensuring that humanity thrives as we approach the fourth industrial revolution.” 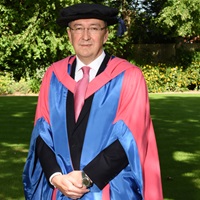 Victor Chavez CBE, Chief Executive of Thales UK, said: “I am deeply honoured to be awarded this honorary degree by Cranfield University. Having spent the majority of my career working in the fields of aerospace and defence -areas in which Cranfield excels on a global basis - it is truly humbling to be recognised in this way.  Thales’ relationship with Cranfield stretches back many years and continues to grow and evolve; encompassing a wide range of scientific and engineering disciplines and is testament to the University’s ability to maintain its position at the forefront of engineering in an ever-changing world.” 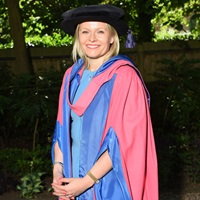 Liv Garfield said: “I am incredibly honoured to have been chosen to receive an honorary degree from a highly-sought after institution such as Cranfield. I accept this lovely accolade on behalf of my friends and colleagues at Severn Trent who support and guide me each day. It is the trelliswork of my colleagues that merits the achievement.” 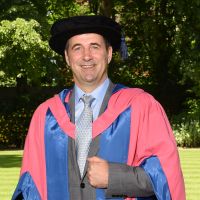 Professor Juergen Maier CBE, Chief Executive of Siemens UK, said: “I am delighted to receive this recognition from Cranfield University, an institution famed for a commitment to excellence in engineering. It is a real honour and I hope that our work together will continue, especially in the context of leading a new digital engineering revolution in the UK.” 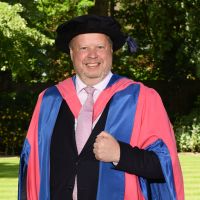 Dr Andy Palmer CMG, President and Group CEO of Aston Martin Lagonda, said: “I am delighted, honoured and deeply humbled to receive an honorary degree from Cranfield University, and to join past recipients who I have long respected.

“As an engineer, who has worked in the automotive industry for 40 years, I have greatly admired the quality of research by the University in science, engineering, technology and management. Its work is essential, given the automotive industry’s dependence on innovation in coming decades and its cross-over into the disciplines of artificial intelligence and aerospace.” 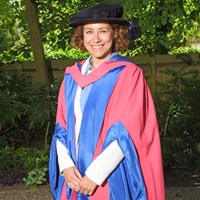 Sacha Romanovitch, Co-Chair of the Inclusive Economy Partnership, said: “The team at Cranfield have encouraged and supported me in my leadership journey which makes this honour even more special. Truly, thank you for lifting me up. I hope that in sharing the journey I have been on that it can be used to help others on their own paths to shape our collective future.” 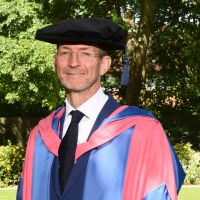 Simon Rowlands, Founder of Africa Platform Capital, said: “It is such a privilege to receive this honorary degree from Cranfield University. The MBA teaching at the School of Management radically changed the trajectory of my career, moving from engineering into investment management. Co-founding, working and growing with a team of special people at Cinven has been a wonderful privilege, and my contribution owes a great deal to the early teachings and mental models Cranfield instilled in me.”