The Fair – which is recognised globally for its cross-collecting ethos – was held in the grounds of the Royal Hospital Chelsea from 27 June to 3 July and featured 155 exhibitors.

All objects at Masterpiece are vetted by panels of established experts to check their provenance, description and condition. Scientific analysis is playing an increasingly important role in this work, complementing the ability of the connoisseur’s ‘eye’, which remains central.

Professor Shortland said: “It was an honour to be involved in this year’s Masterpiece London and lend the latest scientific support to vetting panels. Masterpiece and Cranfield have been working together over the last two years to complement the traditional expert vetting of exhibits. In the end, it is a team effort to ensure Masterpiece collectors get the very best information about works of art for sale at the Fair.”

Cranfield also reviewed analytical reports associated with high-profile objects and equipment from CFI was available for non-destructive analysis at the Fair.

Philip Hewat-Jaboor, Chairman of Masterpiece, added: “Masterpiece is delighted to have collaborated with Cranfield, helping to maintain the highest standards of vetting at the Fair, ensuring clarity, integrity and transparency for our visitors.”

Cranfield’s role at the event stems from its routine work in the field with leading auction houses such as Bonhams, Christie’s and Sotheby’s.

Masterpiece London is now in its 10th year, with 55,000 people attending the event in 2019. Twenty-seven individual Vetting Committees made up of over 150 individual specialists, examine every exhibit at the event to ensure it is in good condition, clearly labelled and worthy of exhibition. Masterpiece London 2020 will run from 24 June to 1 July 2020. 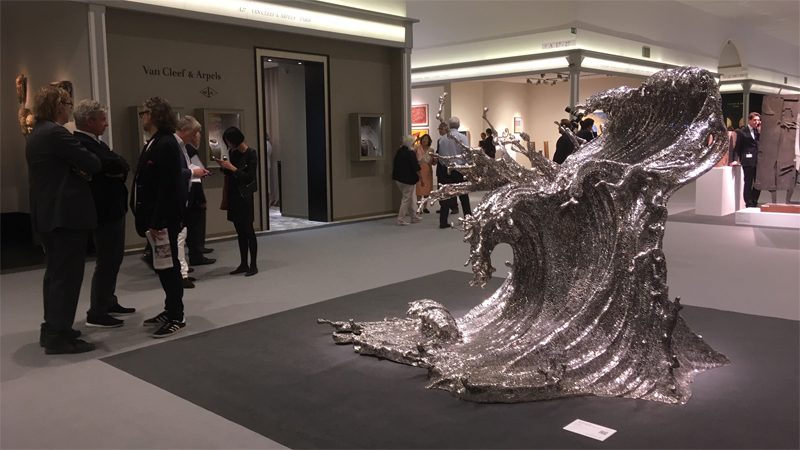