Cranfield University and Thales have today announced plans to work closely in partnership to unlock the potential of new aviation technologies.

The Government’s recent Aerospace Sector Deal highlighted the potential for the UK in developing future aviation technology, with a previous study by PwC revealing that drone technology has the potential to increase UK GDP by 2 per cent by 2030.

Victor Chavez, Chief Executive of Thales UK, said:  “We are in the midst of a digital transformation in the aviation sector.  Thales is at the leading edge of this change with Cranfield University as a critical academic partner.  Together, we will develop pioneering technologies and innovate to drive sustainable aviation, including entirely new air transport systems and enhanced passenger experience.  Our agreement with Cranfield University today opens the door to the next era of digital aviation.”

The two organisations are already working closely together, as partners in the £67 million Digital Aviation Research and Technology Centre (DARTeC) and the National Beyond visual line of sight Experimentation Corridor (NBEC).

DARTeC will address challenges such as:

The National Beyond visual line of sight Experimentation Corridor (NBEC) aims to create an experimentation corridor that will enable drones and unmanned aircraft to fly in the same airspace.

Professor Helen Atkinson FREng Pro-Vice-Chancellor of Aerospace, Transport Systems and Manufacturing at Cranfield University, said: “Together with Thales and our partners, Cranfield is at the forefront of helping the UK unlock the potential of digital aviation, through both DARTeC and NBEC. Through this agreement we can further strengthen our collaboration and play a key role in helping realise the ambitions of the Industrial Strategy.” 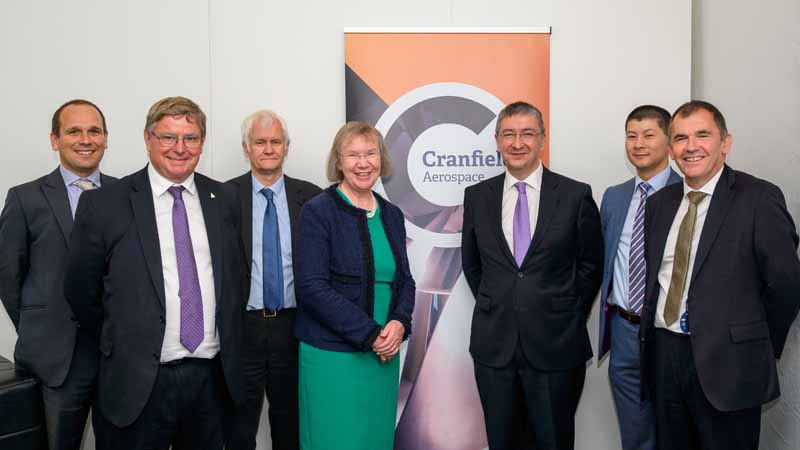 About the National Beyond visual line of sight Experimentation Corridor (NBEC)

The NBEC partners, Cranfield University, Blue Bear, Thales and Vodafone, aim to create an experimentation corridor that will enable drones and unmanned aircraft to fly in the same airspace. The corridor will stretch across Bedfordshire from Blue Bear’s headquarters in Oakley to Cranfield University’s airport.

About the Digital Aviation Research and Technology Centre

A new £65 million Digital Aviation Research and Technology Centre is being built at Cranfield to spearhead the UK’s research into digital aviation technology. In 2018, Cranfield Airport became the first in the UK to have an operational digital air traffic control centre, replicating what can be seen through the windows of a traditional air traffic control tower via a live feed using HD cameras and sensors. Co-investment support for DARTeC is being provided through a consortium of leading aerospace and aviation companies including Aveillant, Boxarr, the IVHM Centre, Saab and Thales – as well as Research England and Cranfield University. Since its launch the DARTeC consortium has grown to include additional organisations, namely Blue Bear Systems Research, the Connected Places Catapult, IATA and the Satellite Applications Catapult. 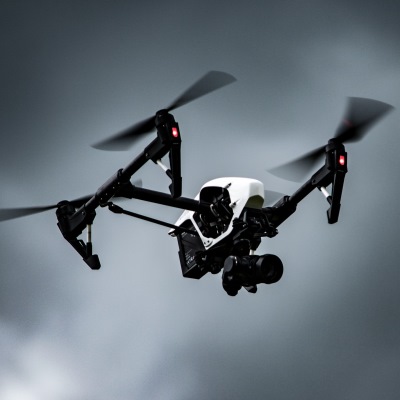 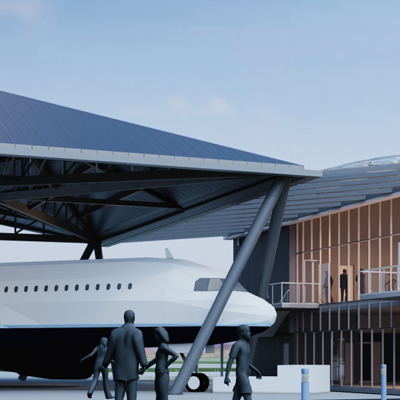