The 28th annual Sanctuary Awards were presented at the MOD Main Building in Whitehall, London by Minister for Defence People and Veterans Tobias Ellwood on 20 November.

Archaeologists and anthropologists from Cranfield Forensic Institute (CFI) and members of Operation Nightingale and Breaking Ground Heritage excavated nine skeletons from Rat Island – also known as Burrow Island – overlooking Portsmouth harbour, after they were unearthed during a storm in 2014.

The human remains were then brought back to laboratories at CFI for further analysis, revealing that they could have been prisoners, or prisoners of war, from prison ships moored in the harbour during the late 18th and early 19th centuries.

Dr Nicholas Márquez-Grant, Senior Lecturer in Forensic Anthropology and Course Director of the MSc in Forensic Archaeology and Anthropology at Cranfield, said: “It is a huge honour to receive this Award from the MOD in recognition of our work on Rat Island in close collaboration with our colleagues. Analysis of the human remains recovered has provided insight into the living conditions and lifestyles of the people buried on the island.”

Follow-up analysis at CFI revealed information on the age at death, stature, dental hygiene, diet and possible diseases which affected the skeletons.

Richard Osgood, MOD archaeologist and director of the Rat Island project said: “It was extremely important that the discoveries on Rat Island were dealt with in a sensitive and professional manner. Being able to link the work of the service personnel on Operation Nightingale with the forensics team from Cranfield was, I think, an excellent result for both parties as well as for the continued conservation of the MOD Estate.”

MOD Sanctuary Awards are presented by the Defence Infrastructure Organisation (DIO) to recognise the commitment to sustainability from staff, volunteers, industry partners and contractors across the Defence estate. DIO manages thousands of military sites in the UK and overseas.

Read more about findings from the Rat Island project here. 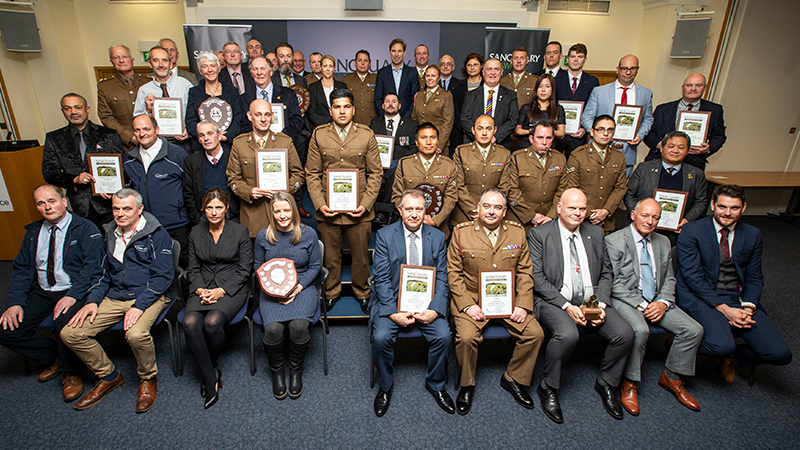