Researchers at Cranfield University have won a top innovation award for their role in a project to enhance the accuracy of missiles used by air, sea and land-based armed forces.

The Track Learn Detect (TLD) project, initiated by a team in Cranfield’s Signals and Autonomy Group and developed with Europe’s leading manufacturer of missile systems, MBDA, enhances the systems missiles use to search for and learn about targets during flight. It can increase overall targeting clarity to over 90 percent.

The project has won a First Star Innovation Award in the Early Innovation Concept category of the 2017 MBDA Innovation Awards and is being used by the company as inspiration to further develop targeting recognition algorithms for other missile systems.

Nabil Aouf, Professor of Autonomous Systems and Head of the Signals and Autonomy Group at Cranfield said: “It’s a great pleasure to receive this recognition from MBDA. The situation around targets can change during the course of a missile’s flight and environmental factors such as fog can also affect target recognition. We have worked together with MBDA’s in-house team to build on previous algorithms and develop them further using real in-flight data.”

Andy Sherriff, Senior Technologist, Image Processing at MBDA said: “This method of accelerated development, with an academic post-doctoral research assistant embedded in the process team, has worked well. By being co-located, and working together on a daily basis, the initial academic concept was rapidly developed into a high performance solution tested on genuine Sea Venom missile scenarios.” 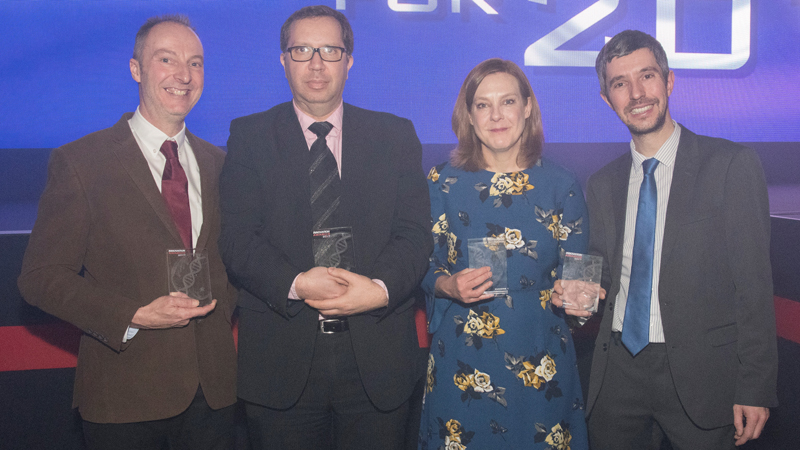 With a significant presence in five European countries and within the USA, in 2016 MBDA achieved a turnover of 3.0 billion euros with an order book of 15.9 billion euros. With more than 90 armed forces customers in the world, MBDA is a world leader in missiles and missile systems. MBDA is the only European group capable of designing and producing missiles and missile systems that correspond to the full range of current and future operational needs of the three armed forces (land, sea and air). In total, the group offers a range of 45 missile systems and countermeasures products already in operational service and more than 15 others currently in development. MBDA is jointly owned by Airbus Group (37.5%), BAE Systems (37.5%), and Leonardo (25%).