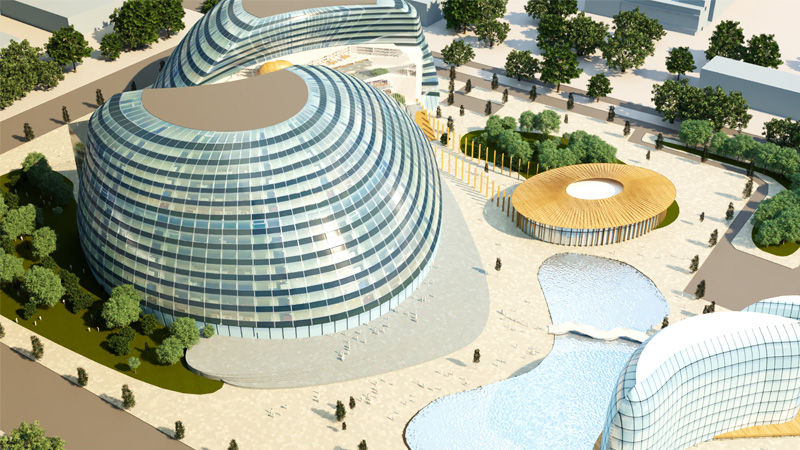 Currently known as MK:U, the university will be developed in partnership with business and prepare students for the future world of work. It is estimated that around 5,000 students will eventually study at MK:U, with the first cohort arriving in 2023.

The university will be designed as an education institution for the 21st century, delivering a distinctive STEM-focused (science, technology, engineering and mathematics) undergraduate curriculum in key areas including digital, cyber, autonomy, robotics and artificial intelligence. In each of the university’s key areas of focus, there will be a lead business partner.

The university is a key part of achieving Milton Keynes’ long-term vision, which envisages the city growing up to 500,000 people by 2050 and being at the heart of the Cambridge, Milton Keynes and Oxford innovation corridor.

Professor Sir Peter Gregson, Chief Executive and Vice-Chancellor of Cranfield University, said: “We look forward to working closely with Milton Keynes Council to create a smart university for a smart city. Cranfield is one of the UK’s most business-engaged universities and we already have strong links with Milton Keynes. I am delighted that, together with our partners, we will be helping to deliver the exciting vision of a new university for the city.”

Councillor Peter Marland, Leader of Milton Keynes Council, said: “For a long time, we’ve held aspirations for a bricks and mortar university in MK to attract talented young people and for local students to attend, and this is a significant step towards the creation of MK:U. Through the MK Futures 2050 process, we identified how a university focused on technology could benefit our economy, especially coming alongside the development of the Cambridge-MK-Oxford corridor which also holds great promise. This will be the first university anywhere designed as a response to the challenges facing cities today and in the future. We’re delighted to be entering this next chapter with Cranfield University.”

Professor Lynette Ryals, Pro-Vice-Chancellor for Education at Cranfield University and Programme Director for MK:U, said: “Milton Keynes is one of the fastest growing cities in Europe and is recognised nationally and internationally for its pioneering spirit, embracing and developing concepts like the internet of things and smart cities. MK:U presents a tremendous opportunity to design new educational models which will be responsive to the needs of the city’s businesses and its people.”

The next step is an 18-month feasibility study, which will consider the planning, design and financing of the new university.

Ian Fordham, Director of Education, Microsoft UK, said: “We are passionate about ensuring that students leave university with the skills that businesses need both now and in the future.

“The vision for MK:U that Cranfield has outlined closely aligns with Microsoft’s mission to empower every person and every organisation on the planet to achieve more and we are confident that this new institution will help ensure that students develop the skills they need to thrive in a digital economy.”

“According to the Centre for Cities think-tank, Milton Keynes is the largest city in Britain without a university, and as we race towards a population of half a million (predicted by 2050 by the National Infrastructure Commission), that situation cannot be allowed to continue. Coupled with the College’s plans to move to one campus, MK will become a real student city, with all the economic and educational benefits that entails. Both will also be at the heart of the business community which will be closely involved in ensuring our young people receive an education fit for the future.”

Justin Rix, partner at Grant Thornton UK LLP, said: “We’re thrilled to be a part of this potentially transformative project in the Milton Keynes community. As the dynamics around how young people enter the workforce continue to change and evolve, the role that universities play remains ever-important and with MK:U effectively starting with a blank sheet of paper, the prospect of designing an institution which fits employers’ current and future needs is truly exciting.”

Upendra Dharmadhikary, Vice President and MK Centre Head, Tech Mahindra said: “We look forward to working closely with Milton Keynes Council and Cranfield to create a world-class university. Tech Mahindra is one of the UK’s most innovative companies and is engaged in various local initiatives, with more than two decades of presence in Milton Keynes. I am delighted that we will be helping our partners to provide the business and vertical industry inputs to deliver world-class education locally.”