Cranfield University is delighted to announce that, for the fifth time in its history, it is the proud recipient of a prestigious Queen’s Anniversary Prize. Cranfield is one of only eight institutions to have won the award on five or more separate occasions.

The announcement was made today by the Royal Anniversary Trust, at a reception at St James’s Palace in London.

Cranfield received the award for its research and education in large-scale soil and environmental data for the sustainable use of natural resources in the UK and worldwide. This is the first time in the Prize’s history that an award has been given for soil science.

Sir Peter Gregson, Chief Executive and Vice-Chancellor of Cranfield, said: “We are honoured to be winners of the Queen’s Anniversary Prize for the fifth time. Soil science is an integral part of the University’s past, present and future. Information held at Cranfield continues to influence land management policy nationally and internationally. This award is a well-deserved acknowledgement of the work of current and former academic, technical and support staff.”

Cranfield has a long history of soil science research and education. In England and Wales alone, the equivalent of over 200 years of fieldwork has identified over 750 different types of soil. Together with a unique, parallel international soils archive, the University has created the largest collection of soil information in Europe.

The University has been designated by the Department for Environment and Rural Affairs as the national reference centre for soils.

Professor Ian Boyd, Chief Scientific Adviser at the Department of Environment, Food and Rural Affairs said:  “Soils are an essential resource and I am delighted that their importance has been recognised through this prestigious award to Cranfield University. I congratulate Cranfield on their leadership in this important field.”

Professor Leon Terry, Cranfield’s Director of Environment and Agrifood, said: “We are delighted to be the first university to win an award for soil science.  For more than 40 years, Cranfield has been ensuring that practical advice on land use is linked to the protection of soil assets in the national interest. Our information and soils expertise is shared nationally and globally to ensure soil is recognised as a vital resource and as an essential natural capital.”

Twenty-one UK universities and colleges of further education were announced as recipients of Queen’s Anniversary Prizes in the current - twelfth biennial - round of the scheme.

About Cranfield Environment and Agrifood

For the past 50 years, Cranfield has been contributing to enhancing natural capital and ensuring that global food systems are more resilient for the future. We are recognised worldwide by industry, government and academe for our research and teaching in plants, soil, water and air.

We believe that environmental problems can be alleviated through technological innovation and risk management.

Our education, research and consultancy is enhanced by our world-class facilities including the National Reference Centre for Soils, which houses the largest collection of its kind in Europe and is recognised as the UK’s definitive source of national soils information, and our big data visualisation suite, which has tools to analyse big data collections including environmental resources from 350+ countries/territories worldwide.

Soil is central to the UK economy, generating an annual income of £5.3 billion, and providing many essential ecosystem services.  Human health and well-being depend on soil, which delivers nutritious and sufficient food, alleviates floods, droughts and pollution, protects habitats, conserves biodiversity, provides recreation and leisure activities, and supports the built environment.

LandIS, Cranfield’s “Land Information System”, is a substantial environmental information system including spatial mapping of soils at a variety of scales, as well as corresponding soil property and agro-climatological data. LandIS is the largest system of its kind in Europe and is recognised by UK Government as the definitive source of national soils information.

The World Soil Survey Archive and Catalogue (WOSSAC) at Cranfield provides a secure home for soil survey reports, maps, imagery and photographs produced by British companies and surveyors overseas over the last 80 years from 352 territories worldwide, with a view to ensuring their enduring availability and protection. 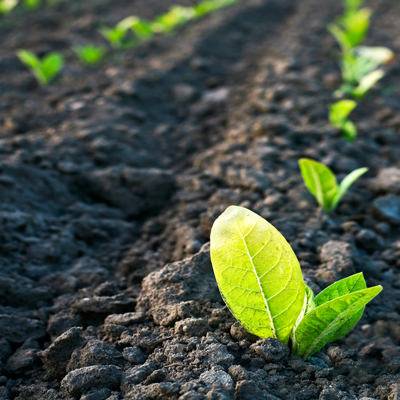 Listen to Professor Jane Rickson explain about rewarding farmers for protecting soil and the Queen's Anniversary Prize award. From 5 mins.