Two former students from Cranfield Defence and Security have become the highest-ranked military officers in their countries in recent weeks.

Maj Gen Musanyufu was appointed as Joint Chief of Staff by Ugandan President Yoweri Museveni in January. He attended the first ever Managing Defence in the Wider Security Context course, which was delivered by Cranfield in 2008 and has gone on to be taught to military and defence staff around the globe.

Meanwhile, Major General Obed Akwa was initially appointed Chief of the Army Staff of the Ghana Armed Forces in July 2016 and was tipped at that point as a future Chief of Defence Staff.  His confirmation in that role came five weeks after the inauguration of President Nana Akufo-Addo on 7 January.

Earlier in his career, he was selected as a Defence Diplomacy Scholar by the UK’s Ministry of Defence and he completed an MSc in Global Security* (2002-03) at Cranfield Defence and Security.

He went on to be Brigade Commander on MONUSCO (United Nations Organization Stabilization Mission) in the Democratic Republic of Congo, as Military Assistant to the then President of Ghana, John Kufour, and then was Commandant of the Kofi Annan International Peacekeeping Training Centre.

Two more alumni in India have been appointed to important defence and security posts.

Amit Sharma, who also studied the Global Security MSc (2008-09), has been appointed to the post of 'Additional Director' at the Office of Scientific Advisor to the Defence Minister in the Indian Ministry of Defence, with responsibility for information security and cyber.  Amit wrote his dissertation on cyber security.

Lieutenant General Robin Soni (Global Security MSc 2006-07), is now General Officer Commanding for the Army Training Command in the Indian Army, the third biggest army in the world.  He is responsible for all elements of war and the five military academies that he commands include the National Security Academy.

Dr Laura Cleary, Head of the Centre for International Security and Resilience, said: “We are delighted that our former students have been appointed to such senior positions in a number of countries and we offer them all our warmest congratulations.

“General Akwa in particular has stated publicly that he believes his education at Cranfield was instrumental in his success as Brigade Commander in the Democratic Republic of Congo and working for the Kofi Annan Centre.”

*We no longer offer this course, visit the Centre for International Security and Resilience for our current offering. 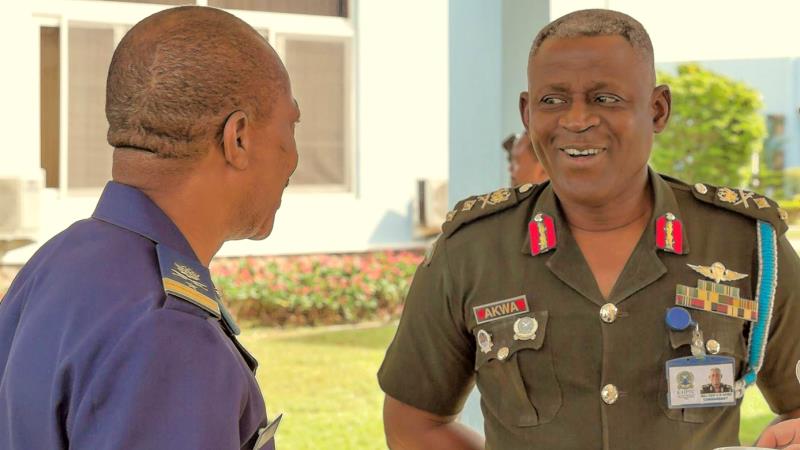 About Cranfield Defence and Security

Cranfield University is one of the world's leading universities for defence and security education, research and consultancy.  As an exclusively postgraduate university, our staff and secure facilities are at the forefront of their fields, offering a diverse range of capabilities from armour, weapons systems and explosives to leadership, acquisition studies, cyber security and forensic sciences.

As the postgraduate academic provider to the UK’s Ministry of Defence we offer a unique gateway to delivering practical education and solutions that make a real difference to the lives of our military, security and civilian personnel. Cranfield provides specialist knowledge to industry, security and emergency services, military, governments and NGOs, underpinning defence and security sector reform around the world.