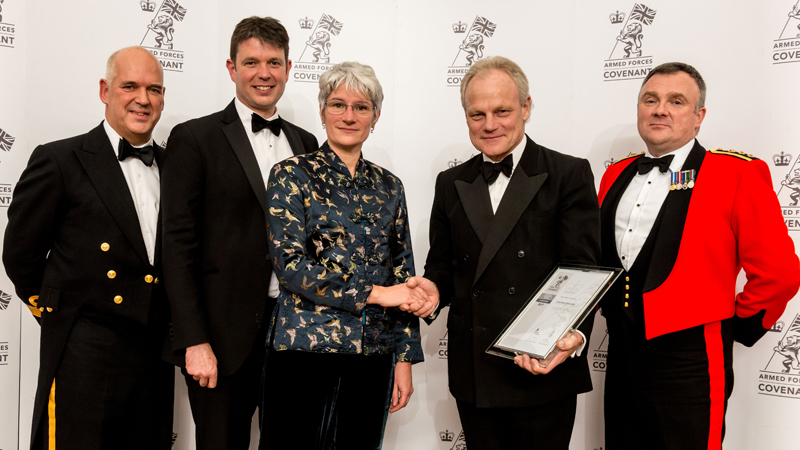 Cranfield University has been granted a Silver Employer Recognition award by the Ministry of Defence.

The Employer Recognition Scheme (ERS) was launched in 2014 by the Prime Minister to recognise and reward UK employers that support veterans, military spouses and cadet instructors, as well as reservists. It recognises organisations that pledge, demonstrate or advocate support to the Armed Forces community, and share the values defined in the Armed Forces Covenant.

Professor Sir Peter Gregson, Vice-Chancellor and Chief Executive of Cranfield University, commented: “We are delighted that Cranfield has been awarded the Ministry of Defence Silver Employer Recognition Scheme award. The University has a proud tradition of supporting our Armed Forces and we have many reservists and former military personnel among our staff. It is crucial that we actively demonstrate support and flexibility to those making an invaluable contribution to our nation’s defence and security, as well as through their work here with us at the University.”

Silver award-holders demonstrate their support by employing staff from the defence community and actively communicating and projecting a positive image of defence to their employees via established HR policies and procedures. They also support reservists by giving them the flexibility needed to plan and fulfil their annual training and mobilisation commitments.

Jaq Moore, Cranfield’s Director of Human Resources & Organisational Development, added: “Cranfield is one of the world's leading universities for defence and security education, so we are pleased to be recognised with this award. Our HR policies ensure we are able to offer flexibility to current and former military staff and their families as part of the commitment. As well as their work here with us at the University, they make an invaluable contribution to our nation’s defence and security.”

The University pledged its support to the Armed Forces scheme in December 2016 and held a flag-raising ceremony in celebration of Armed Forces Day in June 2017 supported by several reservists and former military personnel from its staff. 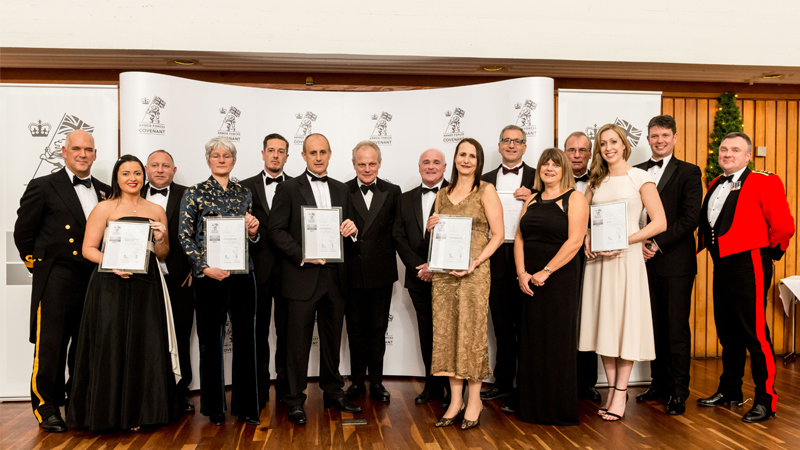 All 2017 winners of the Silver Employer Recognition award