The keys to the building have been given to the university by the building contractor RG Carter’s. From this week, the centre will be home to Cranfield researchers and industrial partners with the aim of investigating ways of integrating advanced technologies and reducing time from academic innovation to industrial application.

Researchers from both the university and business partners, including Airbus and Rolls-Royce, will work under the one roof. Research at the centre will look at the most effective ways of integrating the aircraft and its subsystems as well as developing the use of automation.

Features of the new centre include:

The AIRC building has taken two years to complete, 19 months since the initial groundbreaking in July 2015. The AIRC project’s £35 million investment consists of co-funding from Rolls-Royce and Airbus, HEFCE (the Higher Education Funding Council for England) and from Cranfield itself.

Cranfield is the only university in Europe that brings together major aerospace research facilities, including the Aerospace Integration Research Centre (AIRC), its airport and runway on one connected site.

Tim Mackley, Head of the AIRC said: “This is an exciting day, marking a significant milestone in the journey towards a more integrated approach to research between academia and industry with an aim of developing innovative and integrated solutions for aerospace.”

An official opening of the Centre will take place later this year. 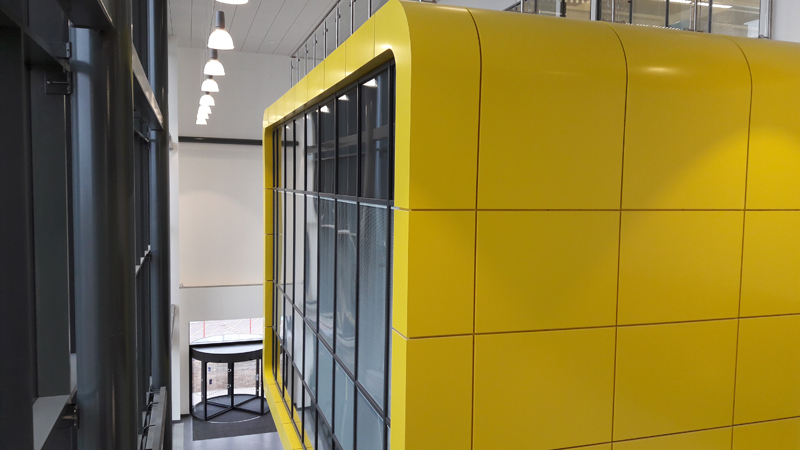 Inside AIRC, view of the pod