Armed Forces Day has been marked at Cranfield University with a flag-raising ceremony paying tribute to the work of the armed forces and their families. Attending the ceremony were Cranfield staff and students, some of who are active military reserves, cadets, veterans and members of military families.

The University has a proud tradition of supporting the military services since its formation, as the College of Aeronautics, from RAF Cranfield in 1946. Cranfield Defence & Security, based in Shrivenham, is an academic provider to the Ministry of Defence.

In December 2016, Cranfield University signed the Armed Forces Covenant pledging its support for the military community and their families. The signing of the covenant was witnessed by Mark Lancaster MP, Parliamentary Under Secretary of State for Defence Personnel and Veterans.

Professor Sir Peter Gregson, Vice-Chancellor and Chief Executive of Cranfield University, said: “Cranfield University has a proud tradition of supporting our armed forces, we owe them all a deep gratitude for their service. I’m delighted that, as a University, we were able to honour those who give so much to keep our country safe and secure.

“We are particularly grateful to those members of staff who either take part in active service as reservists or who are part of military families. As well as their work here with us at the University, they make an invaluable contribution to our nation’s defence and security.” 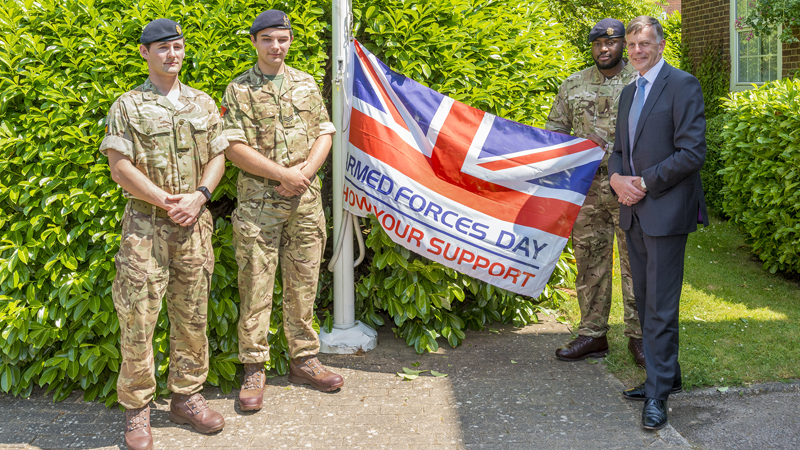