STREAM student Matthew has the X-Factor in I'm an Engineer... Get me out of here event

One of the STREAM students studying at Cranfield University has won £500 to further promote his work after winning the ‘Water zone’ of an engineering outreach programme.

STREAM is the industrial doctorate centre for the water sector, funded by the Engineering and Physical Sciences Research Council (EPSRC) and companies who sponsor research projects. Cranfield co-ordinates the five UK academic centres of excellence in water science and engineering which deliver the STREAM programme.

Matthew Hobbs was one of five engineers accepted into the ‘Water zone’ section of I’m an Engineer ……. Get me out of here. Funded by the Royal Academy of Engineering, this is an online forum which runs over two weeks in which school pupils can ask engineers questions about their background, qualifications and daily working lives.

Online discussions took place in half-hour slots and the pupils voted for their favourite engineer at the end of the session. The engineer with the fewest number of votes was eliminated in X-Factor style which led to the remaining engineer claiming the £500 prize money to help develop their ideas to communicate their work with the public.

Matthew said: “Having received an email invitation to apply back in May, I was sure I could make this work sound interesting. I completed six chat sessions with both primary and secondary school pupils in the first week of the competition; the questions came in thick and fast and I didn’t stop typing for the whole 30 minutes each time.

“I really enjoyed the sessions and I was impressed with the range and depth of questions asked such as ‘could I use my work to help people in other countries where water quality is poor’, and ‘does my process produce any harmful by-products’?”

There were daily eliminations in the second week of the event until he was one of the two finalists. Following a three-hour drop-in session where anyone who had taken part could come back to ask their final questions, he received email confirmation that he had won that same afternoon.

Matthew continued: “I was asked some really specific questions about the processes I use in my work on the final morning and I was really happy to answer them and share my work with others. I really enjoyed my experience and I would highly recommend anyone else to take part in the next competition in November.”

He now plans to use the £500 to create a table-top drinking water treatment plant to take into schools to demonstrate the process that water goes through before it can be distributed to our homes all over the country. 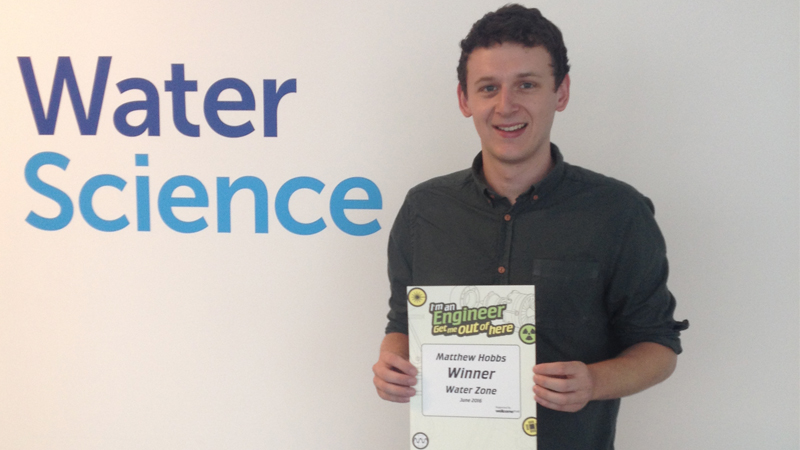