Research by Cranfield University has suggested that the manufacturing sector’s contribution to the UK economy is greater than previously thought.​

According to the methodology used by the University in its new ‘Enhanced manufacturing growth index’, manufacturing’s contribution to the UK economy is worth £208 billion, a 3.3% increase compared to the figures usually quoted by the Office for National Statistics (ONS).

Researchers at Cranfield argue that the Gross Value Added (GVA) of manufacturing makes up around 13.5% of the UK’s economy, given the industry’s capacity to generate economic growth in areas such as design and support as well as production, compared to the usual 10.2% GVA attributed to the sector. The researchers believe that their new model reflects 21st Century manufacturing practices compared to the traditional model.

At a time when domestic manufacturing production is under stress, and with around 20,000 job losses reported in the UK manufacturing sector in the past three months, Professor Rajkumar Roy, Cranfield’s Director of Manufacturing, says that the research is significant:

“The UK is a manufacturing nation. While current uncertainties are clearly having an impact on the sector, the value of manufacturing to the UK economy has for too long been underestimated.  We should not just be safeguarding UK manufacturing; we should be shouting its successes from the rooftops.

“UK manufacturing represents half of UK exports and our research shows that our biggest growth areas are currently ships, boats and aircraft. We want everybody to adopt the enhanced manufacturing growth index as a true reflection of the value of UK manufacturing.” 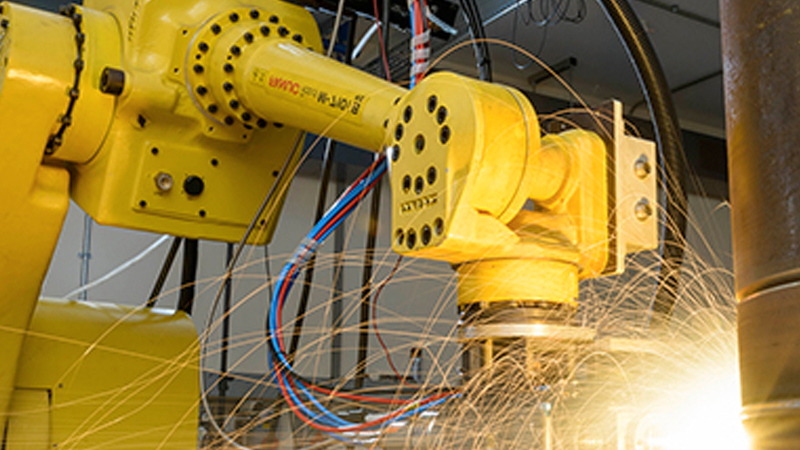 Cranfield’s research was developed with input from a number of experts and the results have been validated by colleagues from the EEF, the industry body for engineering and manufacturing employers.

Zach Witton, Deputy Chief Economist for the EEF said: “After traditionally focusing solely on physical production, the business models of many UK manufacturers have evolved in recent years to include a range of other activities, such as product design and ongoing customer service support. Cranfield University’s Enhanced manufacturing growth index is a step in the right direction towards better reflecting this shift and all the activities now associated with UK manufacturing.”

The research has been produced ahead of the National Manufacturing Debate at Cranfield University on 25 May when the UK’s Business Minister Anna Soubry will give the keynote opening address. This year’s debate will pose the question “How can UK Manufacturing Growth match the best of the G7?" and feature discussion between leading manufacturing professionals from global industries in a range of sectors.

About the National Manufacturing Debate

The National Manufacturing Debate is an annual event hosted by Cranfield University. It brings together manufacturing professionals to discuss and debate current challenges in the industry. The event encourages networking and collaboration across the sector to enable continued and long-term growth.