A new state-of-the-art chemistry facility has been opened by Cranfield University that will drive its future research into energetic materials.

All explosive processing work is performed by remote operation observed from a control room using a CCTV system and the building has been strengthened with reinforced concrete walls, blast doors and a frangible panel in the roof.

Its preparation rooms include the following highly specialised capabilities:

Professor Jackie Akhavan, Professor of Explosive Chemistry Synthesis and Formulations, and Head of the Centre for Defence Chemistry, who led the project, said: “The new energetic processing facility demonstrates not only our commitment to our customers, but creates a centre for excellence for R&D in energetic materials.

“The Abel Building is part of Cranfield’s ambitious plans to invest in new facilities and infrastructure over a 25-year period.”

The building was named in honour of Sir Frederick Abel (1827-1902), the leading British authority on explosives who jointly invented cordite, which was adopted as the standard explosive of the British Army.

It joins the many other facilities that Cranfield has at the Defence Academy of the United Kingdom, Shrivenham, part of the University’s role as a provider of postgraduate education to the UK’s Ministry of Defence. 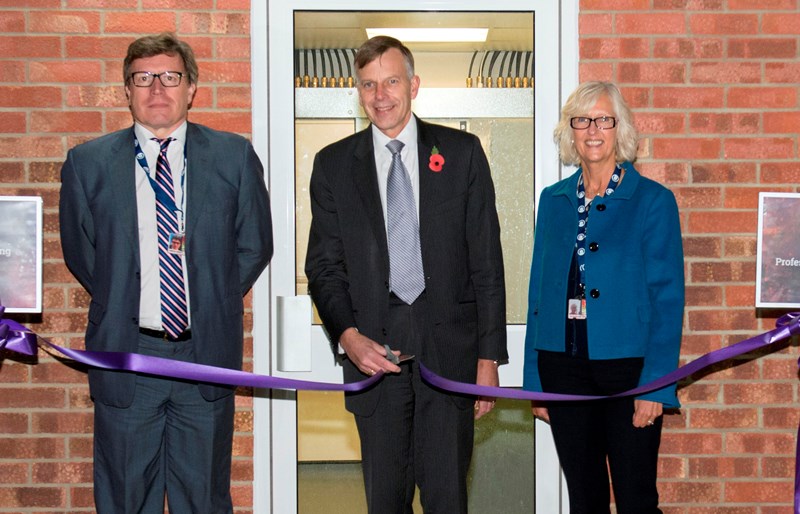 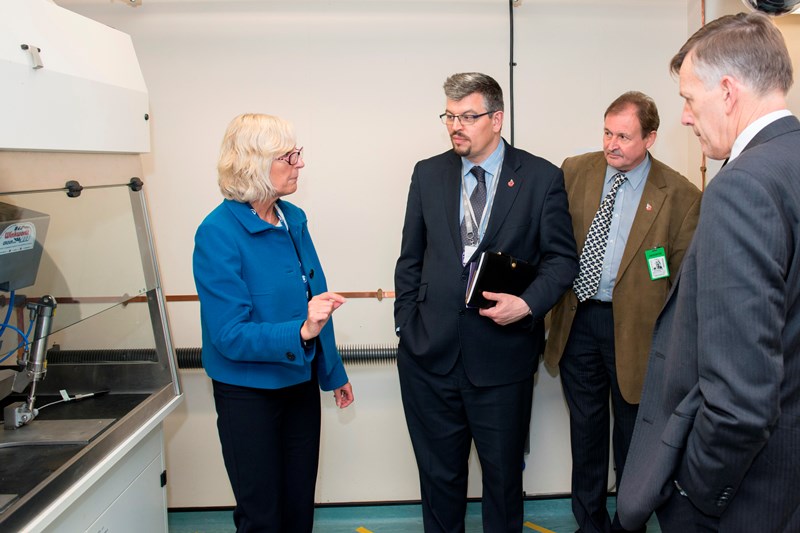 Cranfield University capabilities encompass all aspects of synthesis, characterisation and qualification of explosive, propellant and pyrotechnic materials. It has extensive analytical facilities for the  evaluation of explosives and explosive materials to a range of national and international standards (i.e. ISO 9001 accreditation). Examples include chemical stability and compatibility tests, chemical and thermal analysis, mechanical and rheology tests, and physical characterisation tests.

The University has facilities for the synthesis of energetic materials and energetic polymers up to 100g and a continuous flow nitration apparatus, as well as for manufacturing up to 500g of energetic formulations.

Sir Frederick Abel (1827-1902) after whom the building has been named, was a chemist and explosives specialist who, with the chemist Sir James Dewar, invented cordite, which was later adopted as the standard explosive of the British army. Abel studied chemistry at the Royal Polytechnic Institution and in 1845 became one of the original twenty-six students of A.W. von Hofmann at the Royal College of Chemistry.

In 1852 he was appointed lecturer in chemistry at the Royal Military Academy in Woolwich, succeeding Michael Faraday. From 1854 until 1888 Abel served as ordnance chemist at the Chemical Establishment of the Royal Arsenal at Woolwich, establishing himself as the leading British authority on explosives.