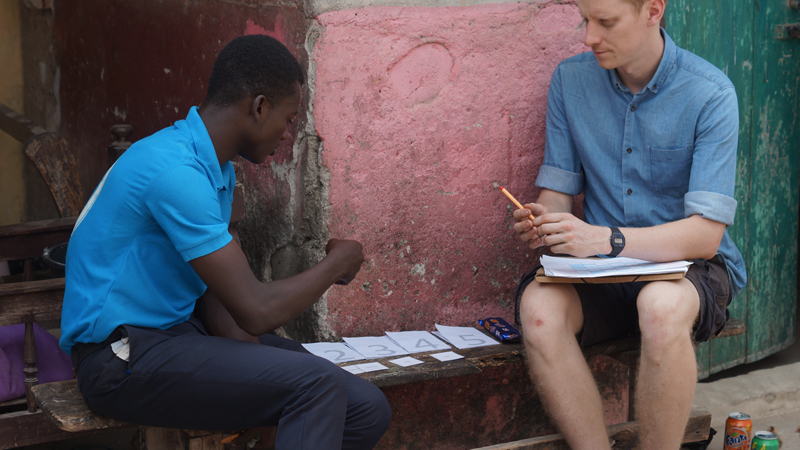 Working in developing countries to help improve water and sanitation

Cranfield University is delighted to announce that, for the fourth time in its history, it is the proud recipient of a prestigious Queen’s Anniversary Prize.

The University has received the honour in recognition of its education and research on water and sanitation for developing countries. Over a 25-year period, Cranfield has pioneered improved water services benefiting the quality of lives and livelihoods in the most impoverished parts of the world.

Sir Peter Gregson, Chief Executive and Vice-Chancellor of Cranfield, said: “The Queen’s Anniversary Prize is marvellous recognition for the University’s pioneering research and education in this area. I pay special tribute to our staff, students and alumni together with our partners in government and business, who have been instrumental in developing improved water services in developing countries. Their work is having a profound impact on people’s lives in communities around the world.”

Simon Pollard, Cranfield’s Pro-Vice-Chancellor of Energy, Environmental Technology and Agrifood, said: “We are absolutely delighted. The Award acknowledges the contributions of a multitude of academic, technical and support staff. The University has routinely, without fanfare or celebration, positively influenced the lives of millions of people in small but extraordinary ways. Over the years, we have trained 500 professionals in the thinking and practices needed to deliver safe water and sanitation to the world’s poorest communities and had a significant influence on international policy and practice.”

Jo Johnson, Minister for Universities and Science says: “The UK is a world leader in science and research and The Queen’s Anniversary Prizes celebrate the achievements of our universities and colleges. The outstanding academics recognised with these awards bring benefits to the everyday lives of millions of people in the UK and deserve this high honour for their work.”

Cranfield Water Science Institute has an international reputation for its transformational research and teaching in the science, engineering and management of water in the municipal, industrial and natural environments.

Cranfield is a founding member of Water and Sanitation for the Urban Poor and it is estimated that, to date, the organisation has helped provide over one million people with clean drinking water, and some 400,000 with improved sanitation.

The University has pioneered innovative WCs (in conjunction with the Bill and Melinda Gates Foundation), helped to prioritise the water and sanitation needs of women and girls in less developed countries and contributed to the formation of water safety plans for several countries including Malaysia, Nigeria and India.

The University has also been involved in improving the management of public utilities for slum dwellers through private/public partnerships supported by the Department for International Development (DfID).

The Queen’s Anniversary Prizes for higher and further education for 2014-2016 were announced at a ceremony at St James’ Palace in London tonight and their presentation will take place at an  awards ceremony at Buckingham Palace in February 2016.

At Cranfield, we combine our scientific expertise in the management of water, soil and biodiversity with world-class innovation in environmental engineering and business management to provide truly sustainable solutions. Across policy, risk and regulatory advice, customised training programme development and leading Master’s programmes, Cranfield works across the full environment spectrum to deliver a wide range of sustainability options.


About The Royal Anniversary Trust

The Royal Anniversary Trust was established in 1990 as a registered charity. Originating with an idea of Sir Robin Gill's, the Trust was conceived as a mechanism through which the nation could mark, during 1992, the 40th anniversary of The Queen's accession and express its gratitude for her 40 years of service as Head of State. The Trust had four main objectives:

To create a programme of celebration to mark the 40th anniversary of The Queen’s accession;

To contribute to public education regarding the development of the constitutional monarchy of the United Kingdom;

To promote industry and commerce and the advancement of education.

In line with the original concept, the funds for this programme were raised without calls on taxpayer funding or public appeal. Donations were given by industry, commerce, the professions and private individuals.

Following the completion of the 40th anniversary programme, and with the approval of The Queen, it was agreed that the Trust’s remaining funds be used to create an award scheme to celebrate outstanding achievement by the UK higher and further education sectors. The establishment of The Queen’s Anniversary Prizes for Higher and Further Education was announced in Parliament by the then Prime Minister John Major with all-party support, in 1993. Prizes in the inaugural round of the scheme were presented by The Queen in 1995. http://www.royalanniversarytrust.org.uk/