Winkelman’s flying visit to Cranfield University is a winner 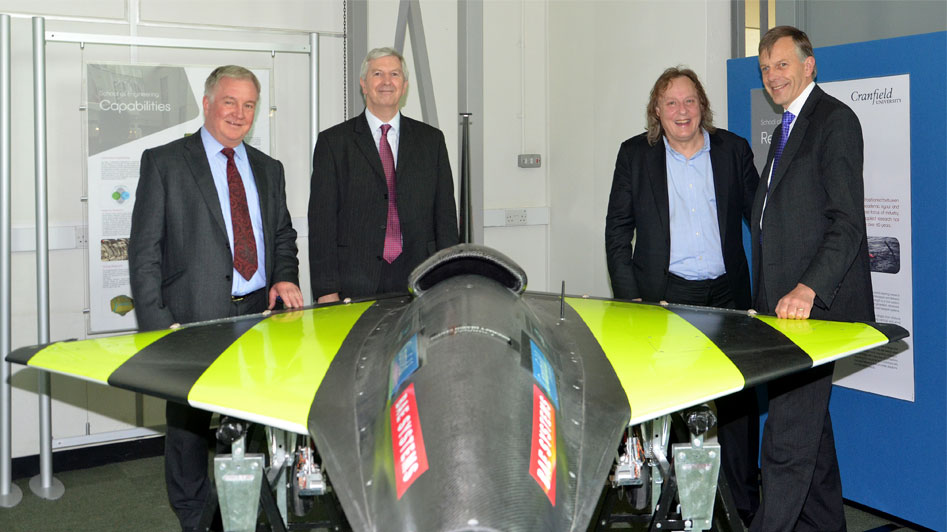 Prominent local businessman and football club chairman Pete Winkelman landed safely at Cranfield University when he visited some of the campus facilities this week.

The former record producer, now chairman and owner of League One Milton Keynes Dons, toured some of the Aerospace facilities and the Airport on campus with Cranfield’s Chief Executive and Vice-Chancellor, Professor Sir Peter Gregson.

Mr Winkelman works closely with SEMLEP (South East Midlands Local Enterprise Partnership), a partnership of the public and private sectors established in late 2010 in a bid to boost jobs and growth, which has its headquarters on Cranfield University Technology Park.

Mr Winkelman said: “I think Cranfield is really important for development in the SEMLEP area and to use the words of Cranfield’s own Vice-Chancellor, it’s all about using ‘global talent for local advantage’, he continued: “There’s so much more the whole region can get from Cranfield.”

Chief Executive and Vice Chancellor Professor Sir Peter Gregson said: “Cranfield works closely with business and our impact and influence is recognised locally, nationally and internationally. The specialist facilities and equipment we have seen today, much of which is at industrial scale and unique to Cranfield, assists our partners in the region and beyond. As a global leader in transformational research, our aim is to meet the needs of business, government and wider society.”

There was the ‘wow’ factor for Mr Winkelman when he saw an unmanned air vehicle (UAV) which has been developed by Cranfield in collaboration with BAE Systems. Called DEMON, it was developed within the FLAVIIR (Flapless Air Vehicle Integrated Industrial Research) programme.

He also saw group design projects from recent years and learned that more than a third of students on the Aerospace MSc Bursary Scheme, funded by the UK Government and the aerospace industry, are registered with Cranfield. The first cohort of students started in October 2013.

“The exciting thing is that it’s all technology based but also has the management side of things to complement this,” said Mr Winkelman. “It’s this which is really a unique selling point for the University.”

Before taking a tour of Cranfield Airport, Mr Winkelman had the opportunity to sit in Cranfield’s Flight Deck Simulator where he practised take-off and landing. “I found it fun but stressful; I was sweating a bit when I finally landed!” he admitted.