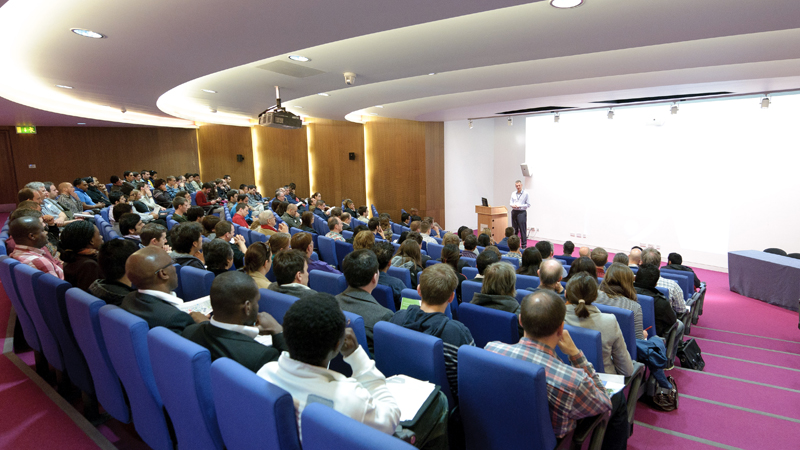 The lack of skills is a major concern for the manufacturing sector, as highlighted at this year’s National Manufacturing Debate hosted by Cranfield University last week.

Opening the event, Lord Alec Broers said that in order to improve productivity, we need to generate more from innovation, focus on best practice and attract the “best and brightest” talent to the sector.

Warren East commented: "It's not about being the best at one thing. Britain has some of the most creative engineers on the planet. As industry and manufacturing becomes increasingly global, our opportunity lies in harnessing that creativity and ingenuity to capture an increasingly valuable slice of worldwide supply chains though increasing productivity of whole industry ecosystems. "

Along this theme, David Willetts identified skills as one of the three core areas for improvements. He noted a surge in students studying A-level science courses and a subsequent increase in students choosing science-based subjects at degree level. In addition, he noted the importance of Governments High Value Manufacturing Catapults and highlighted the £1.1bn per annum ring-fenced for funding science research and development.

Ian Waddell commented: "The UK is world-class in many areas of advanced manufacturing and there are encouraging signs that industrial strategy is now being taken seriously by government.  However, we must act now to ensure that manufacturing continues to grow and thrive, taking action to tackle systemic problems in our finance, education and political systems that hold industry back.  Unite believes that manufacturing is a strategically important area of our economy and it is in the national interest for government to take action to defend and enhance the high-skill, high-value jobs the sector creates."

Summing up their thoughts, the eight-strong debate panel of representatives from industry, Government, academia and the press agreed on two key areas that need action in order for the sector to improve productivity. As Cranfield’s Mark Jolly suggested, “It is the responsibility of us all to encourage the younger generations to consider the opportunities manufacturing offers as a career. We need to start talking on twitter and to friends and colleagues”. The panel also noted that manufacturers are all talking about similar issues but that there is a lack of joined up discussions. If the sector were able to speak with ‘one voice’, more notice may be taken at Government level.

In addition to the White Paper launched at the debate, Cranfield’s Fiona Charnley launched the timely ‘Excellence is Postgraduate Education – Manufacturing, Materials and Design’ report, which followed an event held in early May. Supported by the Higher Education Authority (HEA), the report summarises discussions around the future of postgraduate education in manufacturing, materials and design and identifies some key recommendations for future actions, many of which hope to address some of the issues discussed at the National Manufacturing Debate

Now into its fifth successful year, this annual event hosted by Cranfield University brings together manufacturing professionals from a range of sectors to discuss and debate current challenges in the industry. The event is designed to encourage networking and collaboration across the sector to enable continued and long-term growth.