Cranfield University motorsport students and guests were treated to some unique insights into the world of motorsport engineering this week at an evening with Guillaume ‘Rocky’ Rocquelin, Sebastian Vettel’s Race Engineer at Red Bull Racing.

Rocky, well known for his role as Race Engineer for 4-time Formula One World Champion Sebastian Vettel, was invited to talk about his experience of being a race engineer by Motorsport MSc Programme Director Clive Temple.

Speaking to those from the motorsport industry, the Advanced Motorsport Engineering MSc cohort and Cranfield associate drivers Joe Turney and William Tregurtha, Guillaume gave a frank and detailed overview of his current role and the path that lead him there.

In particular, Rocky shared his thoughts on the importance of the race engineer and the value of communication between race engineer and driver. He also gave some insight on how to optimise the race car and the driver to win, by working together and with other team members.

The close bond between Sebastian and Rocky, often seen and heard on television in the now infamous post-victory radio messages, is one which Rocky claims is built over time by being yourself and creating an open and honest dialogue with the driver. This trust has never been more important in a sport which now sees an era in which strategy and wit rather than simply applying horse power, are often the making of a victory.

With many of the audience aspiring to follow in the footsteps of Rocky and join the ranks of Formula One, quality advice was imparted about how to make one’s CV distinct from the rest in what is a highly competitive and saturated job market.

Critically, Rocky said that Cranfield University is recognised the world over for the quality of its Motorsport Masters programme. 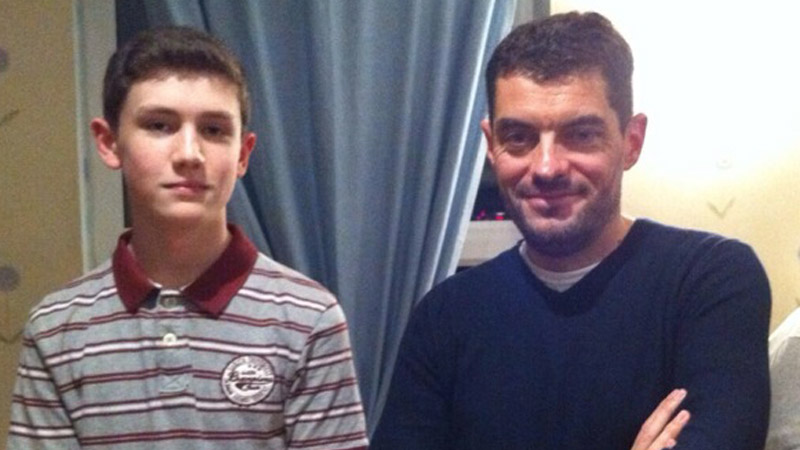 Cranfield has over 50 years’ experience in transport, including the aviation, automotive, motorsport, military and marine sectors.

We are the only university in Europe to own and run an airport and to have airline status.

Our education and award-winning research covers all modes of vehicles and transport across technology, engineering and management, including sustainable transport and intelligent mobility.

In an increasingly interconnected world, we specialise in understanding the whole environment in which transport operates: the vehicles, infrastructure, businesses and logistics, as well as the human aspects of operating, managing and using transport.

Our world-class facilities include high-performance wind tunnels, an off-road vehicle dynamics facility, a crash impact test centre (one of just three FIA (Federation Internationale de l’Automobile) approved test centres in the world) and our Accident Investigation Laboratory, which is dedicated to our work in aviation, marine and rail safety and the only accident investigation laboratory of its type outside the United States. We were awarded the Queen’s Anniversary Prize for our world-leading work in aviation safety through research and training in air accident investigation in 2011.

Completed in 2017, our latest facility, the Multi-User Environment for Autonomous Vehicle Innovation, is a £19 million ‘smart’ roadway test environment for the development of intelligent and autonomous vehicles, making it a UK first. It includes the associated systems needed to integrate emerging technologies into our day-to-day lives.

A new £65 million Digital Aviation Research and Technology Centre will also be built at Cranfield to spearhead the UK’s research into digital aviation technology, and a new state-of-the-art digital control tower, which replicates what can be seen through the windows of a traditional air traffic control tower via a live feed using HD cameras and sensors, is being installed at Cranfield Airport.