In addition to operational appointments at sea, Stuart has undertaken a number of acquisition-related posts in the UK Ministry of Defence. These included three years as the Defence Equipment Marine Engineer with the Defence Staff at the British Embassy in Washington. He was also the Electric Ship Programme Manager in the Defence Procurement Agency with direct responsibility for a major UK-French technology development programme. This subsequently led to the selection of innovative technologies for the propulsion systems on the Type 45 Destroyer and the Queen Elizabeth class Aircraft Carrier.

More recently he was a key member of the team developing the Defence Logistics Organisation’s strategic plan for achieving defence logistics transformation, followed by a period as Business Manager for the Defence Electronic Commerce Service. In his final appointment in the Royal Navy he was the Assistant Director in the Defence Management and Leadership Centre at Shrivenham, where he was responsible for senior management development programmes.

Following his retirement from the Royal Navy in April 2008, Stuart joined Cranfield University as the Deputy Director of the Centre for Defence Acquisition, where he has a particular interest in the relationship between the MoD and Industry across the supply chain, the development of agile strategies for major acquisition programmes and decision making processes in projects and programmes. Stuart is a Chartered Engineer, a Fellow of the Institute of Marine Engineering, Science and Technology and a Fellow of the Chartered Management Institute.

Since joining Cranfield University at the United Kingdom’s Defence Academy in 2008, Stuart has been responsible for the development and delivery of courses aligned to the education needs of the significant changes in defence acquisition activities in the United Kingdom. These include:

His responsibilities also include the development and delivery of the acquisition elements of other courses including the Systems Engineering for Defence Capability MSc and the Supply Chain Management and Logistics Contract Management courses. In addition, he lectures at a number of overseas institutions, and has delivered successful MSc programmes in Malaysia, Chile and Indonesia.

His research activities are focused on the Government-Defence Industry relationship and the associated risk management and decision-making processes. He is also actively involved with advising a number of governments on the development of defence industrial policy and strategy. Stuart is an expert facilitator and has led workshops in various organisations in support of change initiatives within the UK Ministry of Defence and Industry. 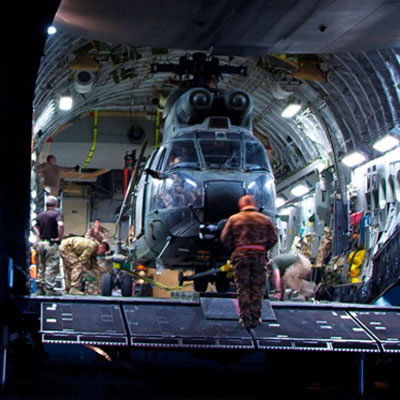 Centre for Systems and Technology Management