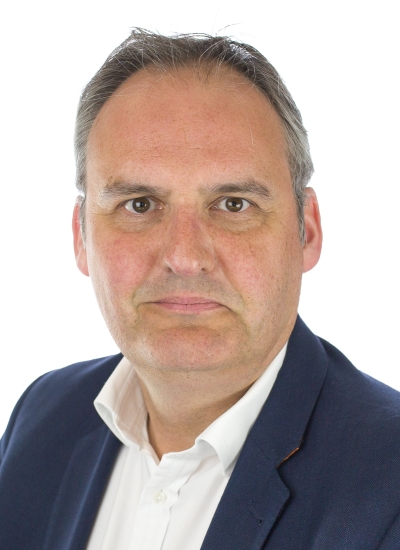 Professor of Terrorism, Risk and Resilience

Professor Andrew Silke holds a Chair in Terrorism, Risk and Resilience at Cranfield University. He has a background in forensic psychology and criminology and has worked both in academia and for government. His primary research interests include terrorism, conflict, crime and policing, and he is internationally recognised as a leading expert on terrorism and low intensity conflict. He has a wide range of publications including several books, with his most recent including The Routledge Handbook on Terrorism and Counterterrorism (2019) and Historical Perspectives on Organised Crime and Terrorism (2018).

He has worked with a wide variety of government departments and law enforcement and security agencies. In the United Kingdom these include, the Home Office, the Ministry of Justice, the Ministry of Defence, the UK prison service, the London Metropolitan Police as well as several other UK police forces. Overseas he has worked with the United Nations, the United States Department of Justice, the United States Department of Homeland Security, NATO, the European Defence Agency, the European Commission, and the Federal Bureau of Investigation.

He is a member of the European Commission’s Radicalisation Awareness Network Centre of Excellence (RAN CoE) which works with practitioners to develop state-of-the-art knowledge to prevent and counter radicalisation to violent extremism. He has provided invited briefings on terrorism-related issues to Select Committees of the UK House of Commons and is a member of the Cabinet Office National Risk Assessment Behavioural Science Expert Group.

Some of the major active and ongoing themes in Professor Silke's research currently include: (1) radicalisation and de-radicalisation processes; (2) risk assessment; (3) prison, detention and terrorism; (4) counterterrorism strategies; and (5) climate change and terrorism.

His current major book project is a monograph for Hurst on The Triumph of Terror. This examines those conflicts where terrorists have won. By exploring such triumphs of terror the book describes how and why the conflicts ended as they did and what the beaten governments could and should have done differently.

He is also co-editing a journal special issue on Climate Change and Terrorism with John Morrison. Climate change is increasingly recognised as a strategic security concern for most states and its seriousness in this regard is growing rapidly and its significance as a factor in terrorism in the coming decades looks only set to increase but our understanding of the processes and dynamics involved is in its infancy. The Special Issue will help to set the foundation and establish frameworks for how we understand and think about the role climate change can have in terrorist conflicts. Further details on the project can be found here https://www.researchgate.net/project/Climate-Change-and-Terrorism

For regular updates on these and other research projects please check out his page on ResearchGate: https://www.researchgate.net/profile/Andrew_Silke

Professor Silke's post represents a major collaboration between Pool Re and Cranfield University.  Pool Re was established in 1993 by the insurance industry in cooperation with the UK Government in the wake of the IRA bombing campaign on the UK Mainland with the goal of protecting the economy. A key element of Professor Silke's post is to establish a counter terrorism network, which can provide thought leadership in the study and analysis of terrorism, risk mitigation and resilience. A particular focus will be on catastrophic and unconventional terrorism loss assessment and mitigation, with the aim of improving the resilience of the UK economy.