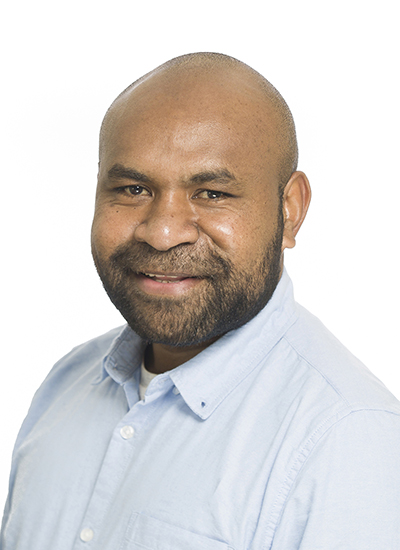 Jerry attained both his BSc and BSc (Hons) degrees from the University of Goroka (UoG), Papua New Guinea, in 2011 and 2012, respectively. In 2015, he undertook a two years Masters of Environmental Science-Advanced (MScEnv-Adv) degree study at the Australian National University (ANU) in Australia. He later joined UoG as an Assistant Lecturer in 2017 till late 2019. With the desire to learn more on the fate, transport, and treatment of environmental organic and inorganic contaminants, he is now pursuing his PhD research at the Water Science Institute, Cranfield University

Contamination of soil by heavy metals (HMs) and polycyclic aromatic hydrocarbons (PAHs) is becoming prevalent across the globe, largely due to anthropogenic activities. Thus, presenting a serious threat to the health of the environment and humans. Recently, an emerging knowledge in the application of biochar (BC) has attracted considerable interest in environmental engineering due to its physicochemical and biological properties. BC is considered as a potential solution for remediation of HM/PAH contaminated soils. In addition to its remediation characteristic, biochar acts as a soil conditioner by improving soil quality, and it also mitigates climate change by sequestering carbon. Jerry’s research embarks on exploring and developing a bioremediation strategy which is economically and environmentally sustainable with effective HM/PAH removal efficiency by utilizing BCs derived from locally/readily available biomass waste materials, compost, hydrogels, bacteria and yeast.  Whilst working on HM remediation, he is also pursuing a special interest in treating Acid Mine Drainage (ARD)

Sponsored by  the Commonwealth Scholarship Commission (CSC), with support from the Cranfield University and University of Goroka