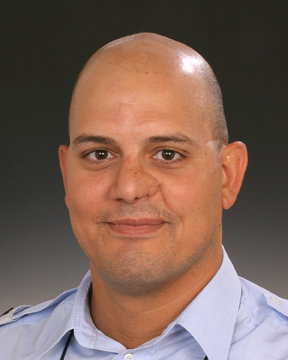 Starting his career in the Hellenic Air Force (HAF) of Greece, Ioannis managed technical teams for CRC Parnis, Athens GR and led the transformation of the Station from a Main Radar Site into a Regional Command, Control and Communications Station.

He later commanded 346 Squadron, B flight, which dealt with O-level aircraft maintenance. At the end of his frontline service in 2007, Ioannis was sponsored for a second MSc in Guided Weapon Systems at Cranfield University.

On promotion to Flight Lieutenant he was appointed as Manager, Weapons Systems Office, HAF Electronics Depot (Glyfada, Attica Greece) with responsibility for development, validation and evaluation of HAF weapon systems.

After a 3 year tour, he was offered a job as Staff Officer, HAF General Staff, A1 Branch, Section 4, responsible for electronic warfare doctrine, operations and capability. He was also made National Representative for Greece on three NATO electronic warfare working groups:

In 2010, Ioannis was awarded the Military Merit Medal, 3rd Class, elected member of the Royal Aeronautical Society and qualified as a Chartered Engineer. In 2011 he was knighted into the Order of the Phoenix, receiving the Golden Cross. In 2013, he took up a lecturer in Radar Electronic Warfare post at Cranfield University.