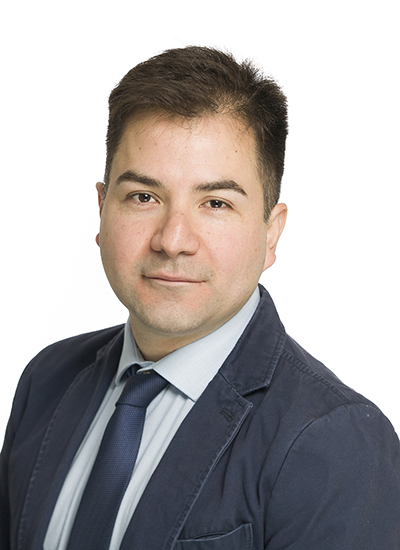 Dr. Hasani Azamar Aguirre holds the title of Research Fellow in Aero Engine Aerodynamics and Performance in the School of Aerospace, Transport and Manufacturing at Cranfield University.

Prior to joining the faculty at Cranfield University, Dr. Azamar Aguirre worked as a stress and low-cycle fatigue prediction analyst for aircraft engine rotating parts at General Electric (GE) Aviation from 2007 to 2012.  In this capacity, he received in 2010 the best global stress analysis award as the highest distinction given within GE Aviation within this field.  He is a certified Six Sigma Green Belt and ISO 9001:2008 internal auditor.

Dr. Azamar Aguirre holds a BSc with honours in Mechanical and Electrical Engineering from the Monterrey Superior Institute of Technology Studies (ITESM), specializing in aeronautics and pilot training at the Moscow Aviation Institute (MAI).  He completed his MSc with distinction honours in Aerospace Engineering from Queen Mary University of London.  In 2018, he received his PhD Degree in Aerospace Propulsion Aerodynamics from Cranfield University on the topic of transonic flow simulation for axial-flow compressors to analytically predict the shock-wave structure, shock losses and choking using streamline curvature methods.

Current activities include a EU Clean Sky 2 funded program in collaboration with Rolls-Royce to look at the sub-idle aerodynamics and performance of VHBR geared turbofan engines during start-up and relight.  Additionally, he supports the development of a numerical throughflow simulation tool for axial-flow compressors in cooperation with the Hellenic Air Force Academy.