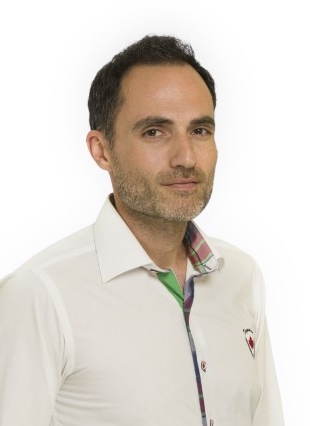 He has participated, and in some cases he has taken a leading role, in successful EU HYDRALAB and national research proposals. This funded research dealt with wave & current – offshore / coastal structure interaction aspects utilising experimental and numerical approaches, and it was supported by industry partners like ARUP, DNV GL, Ramboll and HR Wallingford. He has also conducted a strategic analysis of future trends in Arctic shipping, working closely with the MetOffice and Lloyd's Register. Dimitris, sits on the editorial board of the Journal of Maritime Engineering, he is a reviewer for several scientific journals and research funding councils, and a member of the EPSRC peer review associate college.

Dr Stagonas is keen on supervising self-funded PhD projects related but not limited to:

Dimitris is currently a lecturer in offshore energy engineering. His skills portfolio spans experimental and computational methods in fluid dynamics. In particular, he has proposed new techniques to map the distribution of wave induced pressures, and to accurately produce depth varying currents and extreme waves in experimental and numerical flumes. Dimitris, is also involved in the further development of models reflecting a ship’s fuel consumption and structural safety when sailing in Arctic seaways.

He has (co-)authored more than 45 journal and conference articles, information for which can also be found here: