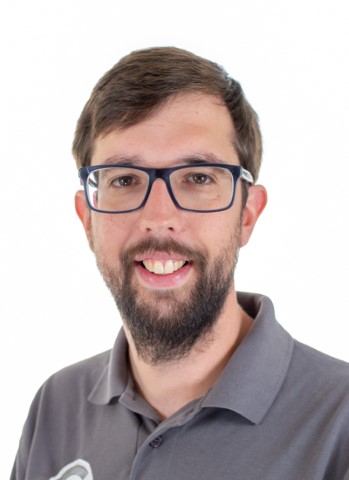 Daivid is a senior lecturer in Forensic Archaeology and Anthropology at Cranfield's Forensic Institute, Cranfield University.

His background is predominantly in traditional archaeology, having studied at Bradford University where he was awarded a BSc Archaeology and a Diploma in Professional Archaeological Studies. During this time he worked as a field archaeologist with Tees Archaeology. Excavations included Street House Farm, Loftus; Catcote's Roman Site, Hartlepool; and Captain Cook's Birthplace, Middlesbrough.

David went back to Bradford University to undertake a MSc in Forensic Archaeology and Crime Scene Investigation where his thesis focused on the application of 3D imaging and its application to the forensic decomposition process. Comparing Laser scanning to traditional imaging techniques he graduated with a distinction. He was then offered to undertake his PhD at Teesside University in Forensic Anthropology. This was funded by EWS Education Fund. At the same time as my PhD he lectured part-time in forensic science.

In 2017 David was employed as a full-time lecturer in forensic science before moving to Cranfield's Forensic Institute in 2018. His modules include:

He has also undertaken my postgraduate certificate in learning and teaching in higher education (PgCLTHE).

David is interested in the application of three-dimensional imaging to the forensic archaeological and anthropological process. This includes the documentation of evidence at scenes and the use of multi-dimensional imaging in the courtroom. He have strong links with FARO scanning, and continually offer advice on imaging in forensic science and the police.

David is also interested in any archaeological based work - in particular post-medieval excavations, animal scavenging, transgender and drug changes to the skeleton, and trauma applied to the body.

His current PhD students include:

David is currently exploring the effect of using 3D printed models within the courtroom. In particular, whether they have a negative or positive effect on the jury. Likewise, I am interested in 3D images and virtual reconstruction of crime scenes and of bone fragments within the skeleton.

He has a collaboration with several zoos and aquariums around the UK. He is creating a database of the animal induced changes to bone as a result of scavenging and consumption. He is particularly interested in distinguishing the differences between cats and dogs, and the effects of birds on the body.

He is interested in how gender reassignment may change the body and skeleton for the purpose of identification.

The application of archaeology in the recovery of conflict casualties.

David is a board member for Cranfield's Recovery and Identification of Conflict Casualties (CRICC). Through this, he has an ongoing partnership with the Defense Prisoner of War / Missing in Action Accounting Agency. In this partnership mostly we deploy to try and recover missing U.S servicemen that died in the Second World War.