Centre for Environmental and Agricultural Informatics

Ann gained a BSc honours degree in Geography and Maths at Keele University, with a distinction in computing. She then spent the next 12 years working within commercial computing mainly on software development projects.

In 2001, Ann returned to university to study for an MSc in Geographical Information Management at Cranfield University. Her project created a wizard application in Visual Basic and Esri's ArcObjects, using historical and current satellite data, and gained her an award for the best student on the course.

Ann's first role on joining Cranfield in 2002 was to create a standalone GIS database. She has gone on to develop a number of GIS software applications as part of or for use in various research projects.

The longest running project Ann has been involved with is CatcHIS, for which she developed a PC based software application for Use in Esri's ArcView GIS platform. CatchIS is a catchment based pesticide risk assessment decision tool, which is used by a number of Water companies and the environment agency. Another GIS application Ann has developed is a soil survey form for use on a Pocket PC or GPS using Esri's Arcpad. The application replaces a manual system of recording the details on a card and then typing all the details by hand into the computer.

In addition to GIS based applications Ann has aided projects through the development of utilities, Such as running models, such as Genstat and Century, using a large and varied amount of data. 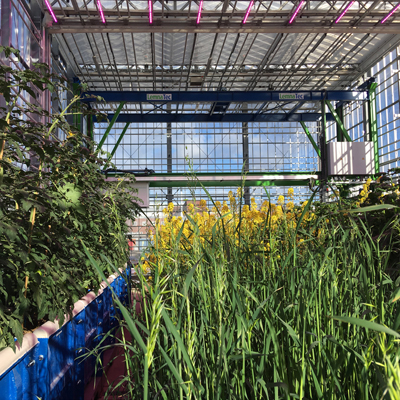