Our enclosed laboratory area has large 18m x 6m sliding doors which allow access to the airfield, allowing the use of demonstrator aircraft such as the University’s 19-seater Jetstream 31.

It is a large space – 16.6m high and 40m wide – which will be used for structural, mechanical and electrical research activities as well as research into automated assembly. This area already houses a full-size production standard A320 wing for research into the use of robots to assist in wing assembly. A further A320 wing has been procured and will be used for full scale structural tests. A large Demag crane – the second largest single span crane in Europe – is used to allow movement of weights up to 16t anywhere in the open lab.

There are also four covered laboratories that allow research that requires a controlled environment for confidential or health and safety reasons. 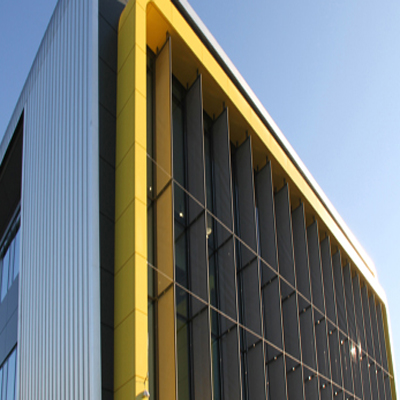 Fostering collaboration between industry and academia