Cranfield VentureDay is our one-day annual conference and networking event for entrepreneurs, investors and all those interested in cutting-edge entrepreneurial performance.

Throughout the day, we will be exploring the changes that every industry is likely to encounter as we enter the next Industrial Revolution. The programme comprises of a range of relevant talks and plenary sessions, all developed with the intention of equipping professionals with the skills and knowledge required as we enter this period of change.

This is a fantastic opportunity to network with like-minded, high-profile professionals from across a range of industries. On the day, delegates will have the opportunity to use interactive electronic badges, allowing them to connect seamlessly with others using a simple tap.

We are thrilled to announce our two inspiring Keynote speakers who are helping us to get ready for what is coming in the next Industrial Revolution: 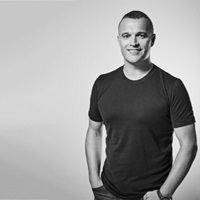 Jamie Waller (BGP Alumni 2011), is the founder and CEO of Firestarters a Growth Equity Fund that focused on business between the size of £2m and £20m of revenue.

Pre Firestarters, Waller built and sold an outsourced services business and a FinTech organisation for over £40m. At 38 he now spends his time supporting his portfolio businesses of which he now has nine. Find out more at www.jamiewaller.co.uk/portfolio 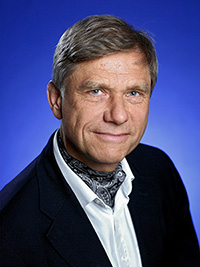 In 2015 Hermann was awarded a KBE for services to Engineering and Industry.

Serial Entrepreneur and Co-founder of Amadeus Capital Partners, Dr Hermann Hauser KBE has wide experience in developing and financing companies in the information technology sector. He co-founded a number of high-tech companies including Acorn Computers which spun out ARM, E-trade UK, Virata and Cambridge Network. Subsequently Hermann became vice president of research at Olivetti. During his tenure at Olivetti, he established a global network of research laboratories. Since leaving Olivetti, Hermann has founded over 20 technology companies. In 1997, he co-founded Amadeus Capital Partners. At Amadeus he invested in CSR, Solexa, Icera, Xmos and Cambridge Broadband.

Hermann is a Fellow of the Royal Society, the Institute of Physics, the Royal Society of Chemistry and of the Royal Academy of Engineering, as well as an Honorary Fellow of King's College, Cambridge. In 2001 he was awarded an Honorary CBE for ‘innovative service to the UK enterprise sector’. In 2004 he was made a member of the Government’s Council for Science and Technology and in 2013 he was made a Distinguished Fellow of BCS, the Chartered Institute for IT.

Hermann has honorary doctorates from the universities of Loughborough, Bath, Anglia Ruskin, Strathclyde, Glasgow and York.

Cranfield University is located at the very heart of the UK – within the innovation triangle between London and the cities of Oxford and Cambridge.

If you would like to book accommodation whilst visiting the campus then we are pleased to offer en suite accommodation on the campus, which is within easy walking distance of lecture rooms and other facilities. To make an enquiry or booking, please contact the Cranfield Management Development Centre.

Included in the ticket