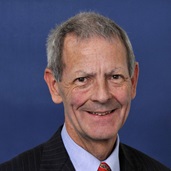 Prof. Walter R. Stahel has been founder-director of the Product-Life Institute (Switzerland), the oldest established consultancy in Europe devoted to developing sustainable strategies and policies, since 1983. From 1986 to 2013, he was also director of risk management research of the Geneva Association. In 1971, he graduated from ETH Zurich with an MA in architecture. Walter is a full member of the Club of Rome.

In 2005, he was nominated Visiting Professor at the University of Surrey, UK; in 2016 at l’Institut EDDEC (environmement, développement durable et économie circulaire), Montréal, Canada.

In 2013, Walter received a doctorate honoris causa from the University of Surrey; in 2016 another one from l’Université de Montréal.