How to use drones to limit the impacts of major flooding

One in six properties in the UK are located in areas with a ‘significant’ risk of flooding. Threats from floods are increasing year on year: since 1910 records for heavy rainfall have been broken 17 times according to the Met Office, nine times since 2000.

Unmanned Aerial Vehicles (UAVs) have huge potential for both helping with planning flood defences and supporting emergency services in their response to flood incidents - improving targeting of interventions, levels of safety and saving lives.

Dr Monica Rivas Casado is leading work on technologies that can maximise the value of UAVs for environmental monitoring - and help influence public attitudes towards the role of drones.

“The major flooding in the north of England in the winter of 2015 was a clear demonstration of the practical value of drones for social good. In the midst of the chaos it was possible to identify with high accuracy the flood damage using UAV flights,” she said. “The immediacy of drones means they can be deployed quickly for an initial survey reconnaissance - and in remote and hard-to-reach locations. In general, health and safety risks are cut to the minimum as the UAV is operated and imagery collected from a safe location (subject to the adequate CAA license).”

The research was carried out as part of a larger ‘Drone Watch’ project commissioned by the Natural Environment Research Council which aims to advance flood extent mapping and refine current insurance industry practice in evidence based flood damage assessment and risk through 3D visualisations, maps and databases of damage and flood extent.

“Drones can be the basis of better estimates of the extent and damage caused by floods. Unlike other options, such as satellite imaging, they can be inexpensively and flexibly deployed when they’re needed. Their ability to scout areas reduces distortion caused by building shadows or atmospheric conditions like cloud or pollution which can look like flood areas to satellites. ‘Old’ or confused evidence only opens up opportunities for disputes and inaccurate insurance claims. The data will enable accurate validation of claims based on real-time evidence from the event itself.”


Impact of our research

Lessons from the research will be important for helping countries in all parts of the world to plan and respond to flooding incidents, particularly those in inaccessible, hazardous territories. Dealing effectively with life-threatening crises like flooding is a critical platform for ensuring ongoing stability and trust among national populations.

Evidence from Cranfield’s work continues to be shared with overseas governments and scientists for joint development of approaches that are informing national efforts in flood response planning. 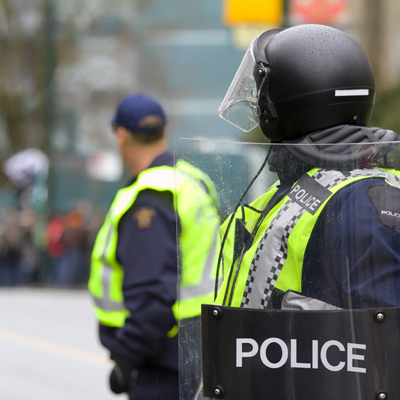 Supporting countries to secure their platforms for stability and development