We are developing both hardware and software to enable the industrial implementation of a large-scale printing process known as Wire + Arc Additive Manufacturing (WAAM).

WAAM is an exciting technology with huge potential for a number of industries, particularly aerospace. It promises to make a reduction in the cost of parts by reducing material wastage and time to market, as well as offering the benefits of increased freedom of design and part complexity, and customisation. Thanks to low capital and operating costs, WAAM is a much cheaper process compared to other powder-based additive manufacturing techniques.

We have now produced one of the largest 3D metal titanium parts in the UK, measuring 1.2m in length. The part forms a main structural element of an aircraft wing structure and took just 37 hours to build from a digital model, where previously this process would have taken weeks. An even larger aluminium wing part measuring over 2.5m in size has also been produced in less than one day.

We have just commissioned the world’s largest metal 3D printer, capable of producing parts up to 10m in length. This facility can also produce parts in titanium which requires the use of a local shielding device which we have developed.

Hundreds of millions of pounds are spent on medium to large scale components by the aerospace industry each year. There is an enormous potential for huge cost savings in terms of waste and production efficiency if the way these parts are manufactured could be transformed.

With the increasing use of carbon fibre reinforced polymers, aircraft designers are forced to shift from aluminium to titanium due to aluminium being electrochemically incompatible with carbon. This means the demand for titanium parts is increasing and is likely to remain high with the current and forecasted aircraft market expansion rate.

Titanium is an expensive material to source and machine so, particularly in the aerospace industry, there is a pressing need for the development of a process that replaces the current method of manufacturing large structures such as stiffened panels and wing ribs which are machined from billets or large forgings. 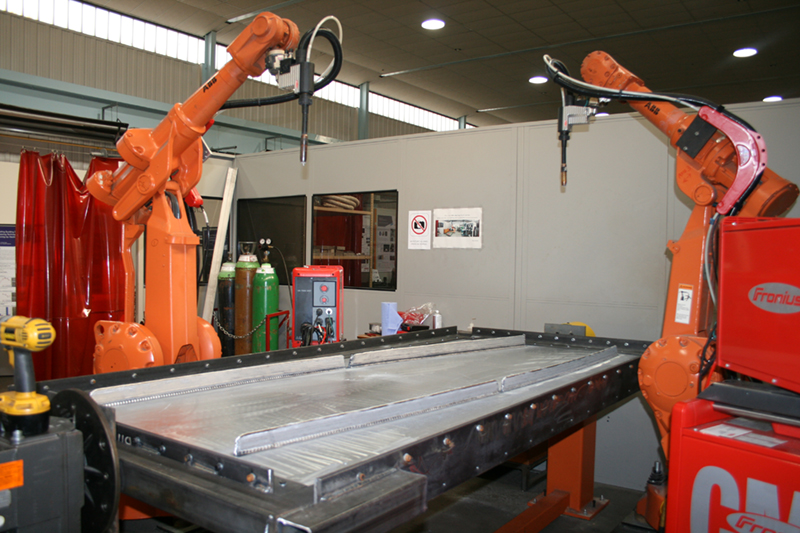 We are the robots - Wire + Arc Additive Manufacturing

WAAM, the combination of an electric arc as heat source and wire as feedstock (raw material), has been investigated for additive manufacturing (AM) – more commonly referred to as 3D printing – purposes by us since the 1990s.

Among the different AM processes, WAAM seems suited to the manufacturing of medium to large scale components and substantial reductions in manufacturing costs and lead times are its main business drivers, as well as the complementary advantage of increased design freedom. With the business case built, we are supporting major players such as Airbus and BAE Systems towards qualification of WAAM for the manufacture of Class 1 structural components. 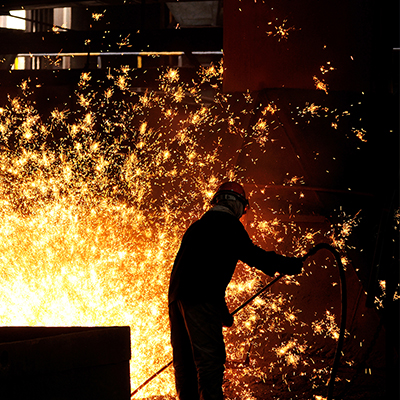 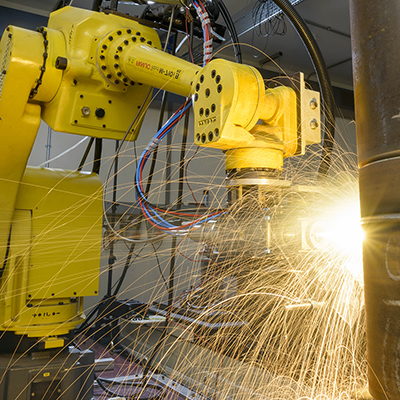 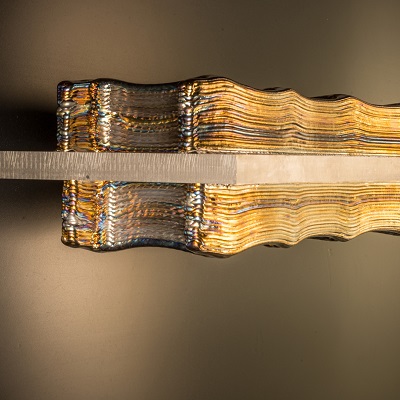 Find out more about WAAMMat