This research showed how CFD (computational fluid dynamics) could be used to get information for large diameter pipelines (38 inch, for instance) where field or experimental data are not available.

It demonstrated one of the key capabilities of CFD, namely the scaling-up from (validated) laboratory-scale data to full industrial-scale data.

Phase one involved the first study looking at oil droplets in gas in eight inch and 38 inch pipelines. This was improved and extended in the second phase to include a water droplet study and liquid atomisation from the wall.

Under certain conditions, entrained droplets will deposit in the top region of pipelines and create corrosion, ultimately generating large costs for repair and / or replacement of the affected part. It is therefore important for oil and gas companies to understand when and where droplets deposit.

To date, experimental data is usually obtained for small pipelines no larger than four inches. CFD techniques were used in this project to model the flow solution and obtain information on the deposition of water / oil droplets on the wall surfaces; this is currently the only means to obtain data in large pipelines.

We were chosen for this study due to our vast experience with numerical modelling, code development and CFD knowledge applied to research and consultancy for the oil and gas industry (FLUENT was used as part of a fully integrated system combining FORTRAN and C-shell routines which has been designed to run on a Linux system).

ConocoPhillips, an American multinational energy corporation, had data available from experiments in eight inch diameter pipelines which were used to calibrate the model. The resulting model was then used to predict the transport and deposition of droplets in 38 inch pipelines using a scaling-up approach.

Multi-core Linux-based stations were used for this particular research project. 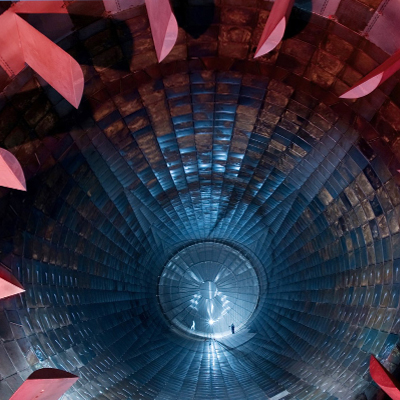