Our facilities and knowledge have placed us at the leading edge of icing research, both for aviation and wind energy.

Our understanding and modelling of icing on aircraft has changed how major aerospace manufacturers such as Airbus, Rolls-Royce and BAE Systems approach the design of new aircraft.

We developed mathematical and computer models that can predict the formation of ice on aircraft surfaces, combining theoretical and experimental understanding of water and air flow over surfaces. Validated by experimental data, the models supported the creation of software tools that have become part of design and certification within the European aerospace industry.

Also, in response to problems in service, the US Federal Aviation Authority (FAA) wanted aircraft manufacturers to address icing due to larger droplets such as freezing drizzle. We provided experimental data and analysis on large droplet icing which led to changes to improve the accuracy of ice prediction codes for larger droplets.

The safety of aircraft depends on understanding and controlling how ice forms on wings and other surfaces.

Our research allows aircraft engineers to model how water flows over an aircraft’s surface, and where and how ice forms. Knowing this, it can be decided where to incorporate heating to prevent the ice from forming or building up. Aircraft manufacturers have integrated our codes into their design and certification processes.

We have dealt with various aspects of icing, including rotating components such as helicopter rotors and turbine blades. The resulting software made it easier for aerospace engineers to understand complex geometries and to include heating and the conduction of heat in airframes.

Our world-leading work on aircraft icing builds on the ability to combine research on mathematical models, high-quality computer code and experiments in specialist wind tunnels, some of the biggest in Europe.

With 60 years’ experience at the forefront of aerospace technology, we have combined practical understanding with theoretical underpinnings to build on a knowledge of lubrication theory to include freezing and melting processes and the geometry of airframes and aircraft components.

Our expertise has attracted clients and collaborators such as BAE Systems, Airbus, Rolls-Royce, NASA and French multinational aircraft and rocket engine manufacturer Snecma.

Our main icing tunnel was commissioned in 2004 and has provided much of the experimental data on icing, ice properties, ice adhesion and ice protection to underpin our work. In 2007, a vertical droplet tunnel was added to the facility which enabled us to view the icing process at the length and timescales of individual water droplets, underpinning a more exact approach to modelling icing. 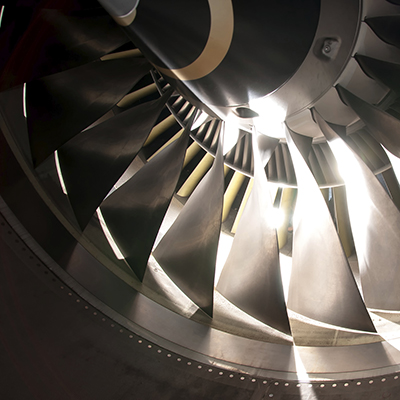 Centre for Propulsion and Thermal Power Engineering We have established an international reputation for our postgraduate education, research activities & professional development courses 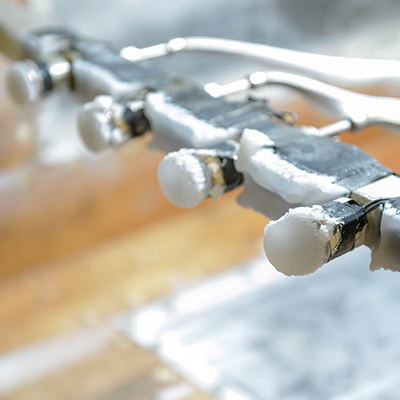 Facility Icing Facility This facility is used to understand the details of how ice forms on aircraft, wind turbines and other structures