Venkatesan Prabhu, “Prab” as he was known to all, was born in Bangalore, India in 1945. He had a passion for learning early in life, as his family emphasized the importance of education to Prab and his three siblings. Growing up, he spent his days focusing on his studies from dusk to dawn, and every so often, an occasional game of cricket!

Prab left India, and his family with very little money to start a new life in the UK at Cranfield University. His days at Cranfield, and the lifelong friendships he made while studying there were some of the fondest memories of his life.  Those relationships remained close, and he kept in touch with friends until his final days.

While in the UK, and early in his career, Prab was offered the opportunity to work for the European Space Agency in Cologne, Germany supporting the Space Shuttle program, and was even given the opportunity to be a Payload Controller in Houston, TX for the first Space Shuttle launch; however, he opted to pursue a career path in an innovative and up-and-coming industry, flight simulation, in Tulsa, OK, the worldwide hub for flight simulation at the time.

Prab became a leader in the industry visiting almost every country selling flight simulators, cabin trainers, classroom trainers, and ground maintenance training equipment to airlines, aircraft manufacturers, and training centers. His network was global in reach, and he loved working with his colleagues in Finland, The Netherlands, Indonesia, and the UK, to name a few.  He quickly gained influence in the industry and was admired by his peers.

In 1992 Prab took a chance and started his own company, IMPEX, Inc., a simulator engineering support and development services company. He worked 20+ hour days in order to ensure this venture was successful.  Prab was a born teacher, and he taught his children the values of hard work, honesty, and relationships.  Impex became a classroom for his family, and Prab was a role model, and mentor for us all.

Prab’s wife, Susan, and two children, Chris and Kendall, loved traveling the globe with him ~ learning about new cultures and gaining an appreciation for the world outside of Tulsa, OK. Prab was known for his quick wit, effortless laugh, intellectual curiosity, loyalty to friends, love of family, and inclusiveness to anyone he met. If you were lucky enough to be his friend, he considered you to be his family…

To honour Prab, our family would love the opportunity to continue to add to Prab’s ‘global family’ by supporting a student from India who is seeking to study abroad, as Prab did 50 years ago. This endowment is established to help a student pursue a graduate degree in Engineering, with a goal to continue Prab’s endowment indefinitely, and to ensure his life and spirit lives on for eternity. We kindly offer the opportunity to contribute and be a part of this scholarship fund in his name, knowing that it will be a contribution to Prab’s legacy.

Thank you very much for your consideration.

Your gift to the Venkatesan ‘Prab’ Prabhu Memorial Scholarship Fund will enable a student from India to pursue a degree at Cranfield University and follow in Venkatesan Prabhu's footsteps.

The easiest way to make a donation is online. Please visit our secure online portal to make a one-off gift or set up a Direct Debit. A single gift will help you honour Prab’s legacy and set a bright student on the path to success. A regular gift will mean you can continue supporting a deserving students to pursue their dreams year after year.

What’s more, as Cranfield is a registered charity, if you are a UK taxpayer we can claim Gift Aid on your donation. This means that we can reclaim 25% (based on tax year 2020/21) from HM Revenue and Customs and make your donation go further.

Giving from the US

Alumni and friends who are taxpayers in the USA can support the Venkatesan ‘Prab’ Prabhu Memorial Scholarship Fund through BSUF (British Schools and Universities Foundation), a 501(c)(3) charitable organisation that is recognised by the United States Internal Revenue Service.

BSUF is a tax-exempt foundation so you can claim a 100% charitable deduction on your gift for US income tax purposes. Please indicate clearly that your gift is for the Venkatesan "Prab" Prabhu Scholarship Fund at Cranfield University.

You can donate online by credit card or send a check. Please fill in the attached PDF form and send the form and check to:

If you have any questions, please email our friendly giving team and they will be delighted to help you.

Make a gift today to help set our talented scholars on a path to success. 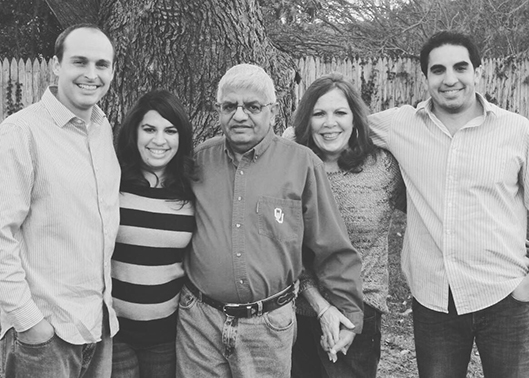 Please visit our secure online payment portal by clicking on the button below.

To donate from the US through BSUF, please use the button below.