Find out more about the CCAAA committee members by reading their bios below.

If you want to find out more about the activities of the committee, please contact Jack Stockford, Honorary Secretary. 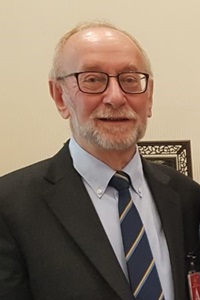 John was fascinated by aeroplanes as a boy, and this was confirmed by attending a flying display at R.A.F Church Fenton in the late 1950’s. He was impressed by the sight of a neat formation of 9 Gloster Javelins flying over the town and by the overwhelming sounds and chest vibrations caused by four Quick Reaction Avro Vulcans taking off within 4 minutes.

Leaving school, aged 16, John had 12 years industrial experience, initially as an engineering apprentice, coincidentally working as an apprentice fitter on Avro Vulcan construction and modifications. He then worked as a stress engineer and design engineer in Manchester working on the Nimrod, BAE 748 and BAE 146 aircraft.

Currently John is Professor Emeritus at Cranfield University where he teaches, supervises postgraduate students, and carries out research. He also acts as a consultant and expert witness, and has published more than one hundred technical papers at conferences and in journals. He has given lectures in all continents, except Antarctica.

The second edition of his popular textbook ‘Introduction to Aircraft Design’ was published by Cambridge University Press in 2017, and he has written a chapter in ‘The World of  Civil Aerospace’, recently published by the S.A.E. He is an aircraft design advisor to two aircraft companies.

He was Chairman of the Cranfield College of Aeronautics Alumni Association between 2011 and 2020 and is now President. 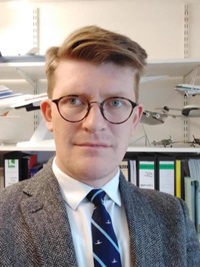 Jack’s interest in aviation and aircraft spans most of his life and he spent much time in his youth making models of aeroplanes to “fly” around his bedroom. In his early teenage years began flying radio-controlled model aircraft and at the age of 16 he flew a glider solo for the first time.

In 2008 Jack completed a BEng (Hons) degree in Aeronautical Engineering at the University of Salford, which included a sandwich year working as an aerodynamicist at Airbus (Bremen), before moving on to study for an MSc in Aerospace Vehicle Design at Cranfield. Jack relished his time on the course, especially the Group Design Project where he worked as part of a small team to design and build a flying demonstrator aircraft. His Individual Research Project focussed on the conceptual design of a high-performance, flying-wing sailplane.

Following his time at Cranfield, Jack joined the Airbus UK Direct Entry Graduate program as a Manufacturing Engineering. This Broughton-based role was excellent at providing a real understanding of the challenges involved in converting a well-designed product into a well-made product. On completion of the graduate programme Jack found a role in the Design Office where he spent the next few years working on modification work. In 2014 Jack left Airbus for his current role as a Lecture in Aircraft Design at Cranfield University. He currently teaches a number of subjects including aircraft structural loading derivation, aircraft reliability, landing gear design and conceptual design. He is currently the Deputy Course Director for the October intake of the Aerospace Vehicle Design course.

As the Honorary Secretary of the CCAAA, Jack’s responsibilities include organisation of committee meetings and the Annual General Meeting, as well was recording discussions and actions via written Minutes. He also takes an active role in the organisation of events such as the Handley page lecture and museum visits. 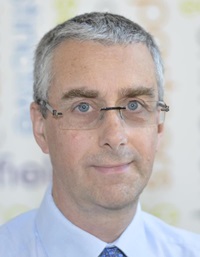 Andy’s interest in aviation goes back to his childhood as his father was an aeronautical engineer who worked for the RAE and MOD for many years. As a result, he spent many hours building Airfix model aircraft and plane spotting and reading books on aircraft.

Andy completed a BSc in Aeronautical Engineering at Bath University in 1986, where his thesis project was about drag of nacelles on turboprop aircraft and the final year group project was to design a C-130 Hercules replacement which the group called Atlas - in fact, it did look somewhat like the A400M!

After leaving Bath University, he spent seven years working for British Aerospace Regional Aircraft supporting the sales of aircraft to airlines in Europe, Asia and Australasia for which he carried out technical performance and cost analyses of competing aircraft. Andy went on to become involved in aviation consultancy projects with a number of companies including new passenger and cargo airline operations and ground handling equipment study - he was also involved in a fleet plan for Middle East Airlines. Andy then joined OAG as a Marketing Manager in 1996 and was involved in the launch of a new aviation data product to potential users.

As the Treasurer, Andy is responsible for the finances of the Association and arranging for payments for organised activities. He also takes an active role in the organisation of events such as the Handley page lecture and museum visits.

To keep informed about the latest CCAAA events and the next Handley Page Lecture, please make sure the alumni team has up-to-date contact details for you. 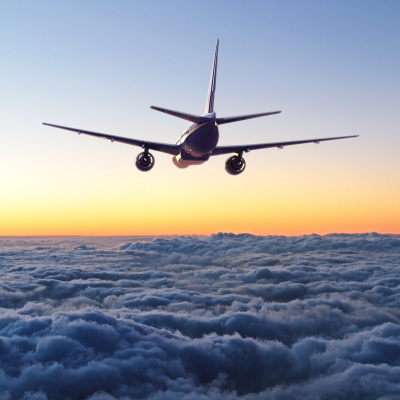