Find out more about our campaign to provide a new National Flying Laboratory Centre (NFLC).  If you have any other questions that are not covered by these FAQs please don’t hesitate to get in touch and we’ll be happy to help.

Why do we need a new aircraft, didn’t we replace the old Jetstream not too long ago?

We acquired the current Jetstream nearly 15 years ago and it has served Cranfield University and the other universities very well. The Jetstream 31 is no longer operated in the UK, except at Cranfield, and only by a handful of small airlines in Europe. This means that support for the aircraft, ranging from training to engineering, has become challenging.


Why can’t the University fund the acquisition itself?

The University has been very successful in investing in world-class teaching and research facilities in recent years. It has managed this by applying for external funds from government, industry partners and individuals in order to leverage its own resources. The National Flying Laboratory Centre historically received government funding, but this has been withdrawn over the last 3-4 years and therefore does not provide for the replacement of the aircraft. The University will contribute £1 million of the targeted £3 million and is looking for matched funding from industry, university partners and our global alumni.

Why are alumni being asked to contribute; wouldn’t it be better to seek the money from 'big business' type sponsors?

Our funding strategy is based on three pillars: the University has committed £1 million; we are looking for a similar £1 million contribution from industry and university partners, and aiming to raise the remaining £1 million from our global alumni. The response so far has been very encouraging, reflecting the importance of the aircraft to the UK as a unique teaching and research facility. We want alumni who have benefited from flying in the aircraft to be able to be part of making sure that future generations of students also have that amazing experience.

If it’s a National Flying Laboratory Centre then why isn’t the Government contributing?

Although government historically contributed to the operating costs of this national facility, it is no longer able to do so. We have received support in other ways such as towards the Aerospace Integration Research Centre and Digital Aviation Research and Technology Centre. We are also able to apply for research funding to support work that may be done using the Saab 340B. However, direct funding towards the replacement cost of the aircraft is unlikely in the timescale that we require.

What’s going to happen to the existing Jetstream 31 aircraft, will it be retained for teaching and research?

The current Jetstream will be kept at Cranfield and used as a ground-based teaching and research facility once decommissioned. This will provide new opportunities to enhance the student experience.

What can the Saab 340B measure and display?

The Saab 340B will be able to measure and display a range of real-time data and performance parameters to students during flights. These include: airspeed, angle of attack, angle of sideslip, bank angle, control and tab positions, stick force, acceleration and rates, engine thrust and RPM, air data computer outputs, navigation and GPS system outputs and settings and cockpit camera views.

What exercises can be performed in the Saab 340B?

The new aircraft will be able to perform aerodynamics and performance tests, static and manoeuvre stability measurements, dynamic stability testing and avionics systems demonstrations and testing. As the facility is developed for research, further variables will be available to develop teaching capabilities with possible demonstration and testing of advanced sensors and airborne systems. The facility will also be available for human factor demonstrations.

What will the new aircraft do?

The Saab 340B will have two roles: teaching and research. Students will be able to undertake flight test engineer roles and experience a range of in-flight sensations. Research capabilities will include the mounting of research racks for industrial and research flight trials to test navigation and communication systems, and advanced airborne sensors. There may also be an option to fit the aircraft in a surrogate UAV mode to test UAV systems and sensors in challenging aerospace environments. The Saab 340B is larger than the Jetstream 31, which will allow it to conduct both roles with minimum reconfiguration, increasing utilisation.

Why not lease the aircraft?

The National Flying Laboratory Centre is modified with a range of sensors in order to play its role. Using a leased aircraft for such a role would incur substantial costs to reconfigure the aircraft at the end of its lease and would reduce our flexibility to modify the aircraft in future.

Where will the new aircraft be based?

The proposed replacement aircraft will be based at Cranfield’s global research airport to allow maximum access by students, research staff and our industry partners. It will also mean that modifications can be made to the aircraft by Cranfield Aerospace Solutions (CAeS), and help to maintain Cranfield at the heart of UK aerospace education and research.

A new flying classroom and laboratory

Helping to create the aerospace leaders of the future
Download brochure 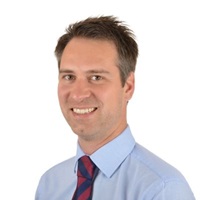