Following the MK Futures 2050 vision process that engaged thousands of local citizens, the city has created a growth strategy that plans to take its population from 270,000 today to 500,000 by 2050.

The city vision has always been one of innovation. As a new city created only in 1967, Milton Keynes was planned to be “different by design,” and in recent years has built on the tradition of innovation set by the nearby Bletchley Park, the birthplace of modern computing, to becoming a pioneer in the use of Big Data, transport innovation and urban design.

Milton Keynes and Cranfield lie at the heart of the Cambridge-Milton Keynes-Oxford Innovation Arc. This is one of the fastest-growing and most productive regions of the UK – productivity levels here are 25% higher than the national average. This is also a highly entrepreneurial region of the country and has particular strengths in data and digital technologies. 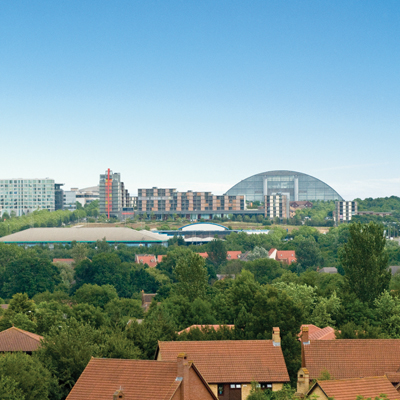 Find out more about MK Futures 2050