Alex Mayer MEP for East of England visited Cranfield University today to tap into the university’s expertise in autonomous systems and their safe integration with humans ahead of a European Parliament vote this month.

The legal status of robots is under review. As robots become more autonomous, the less owners or manufacturers can be held legally accountable for the machines’ actions. The proposed European law focuses on managing this, including proposing an advisory code of conduct for robotics engineers, aimed at guiding the ethical design, production and use of robots.

Cranfield University has wide experience in autonomy, autonomous systems and their safe integration with humans, which Alex Mayer wanted to access, to inform her more fully about surrounding issues ahead of the European Parliament’s vote.

Ms Mayer said: “As the technology surrounding robotics advances, it is important that legislation keeps up, that is why I am so pleased to have been invited to Cranfield University to see the cutting-edge of robotic design and talk to the experts in this field.”

Professor Tsourdos commented: “We are happy to share information with Alex Mayer MEP ahead of this piece of legislation, based on our expertise in autonomy, autonomous systems and their safe integration with human operators.” 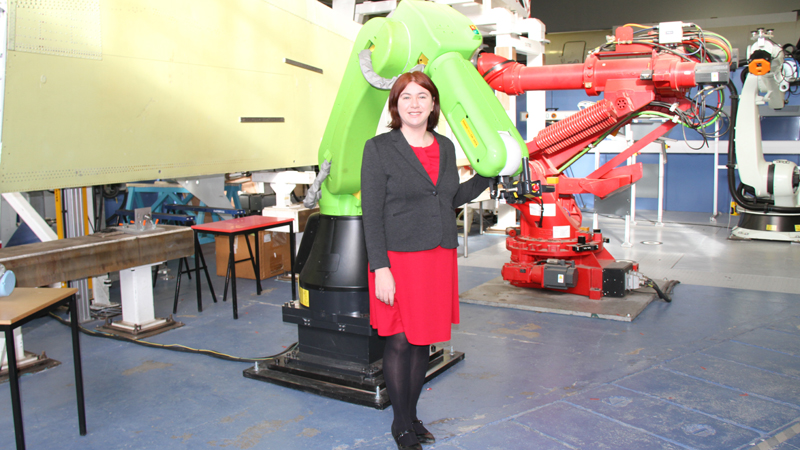 Cranfield is the number one university in Europe for aerospace and the only university in the world to own and run an airport and to have airline status. We have been at the forefront of aerospace technology for 70 years.

Our education, research and consultancy is enhanced by our world-class facilities including the National Flying Laboratory Centre - a unique national asset which provides a hands-on, flying experience, along with flight deck simulators and industrial-scale gas turbine engine test facilities used for performance and diagnostic studies. The Aerospace Integration Research Centre, a new £35 million innovative research centre which will change the design of future aircraft, is currently under construction and will open later this year.