Cranfield University joined the latest space project with its Icarus ‘de-orbit sail’ which is designed as a low-cost practical way of removing satellites from orbit at the end of their mission.

As the Earth’s orbit becomes increasingly crowded with space debris, including former satellites no longer in operation, there is an increasing risk of collisions with active satellites.

The Icarus payload was launched from Kazakhstan on Tuesday 8th July with the UK’s TechDemoSat-1 satellite. It was designed, built and tested by a team of staff and students from Cranfield’s Space Research Centre against a tight deadline. It represents a significant achievement for the Centre and has laid the foundation for further space payloads now being developed.

“Icarus is a creative solution to prevent future space debris which can be added cost-effectively to many satellites” said Dr Steve Hobbs who led the Cranfield team. “It was also a great learning experience for the students and staff involved – exactly what we like to see for our research projects.”

Iain Gray, Chief Executive of the Technology Strategy Board, said: “The TechDemoSat-1 project is an excellent example of how our space programme is supporting business innovation in new applications using satellite data and space-based systems. This significant project is the first in-orbit satellite project directly funded by the Technology Strategy Board. It allows us to provide UK businesses with an in orbit demonstration platform to test several new satellite-based products and services - a fantastic way to support innovation in the space sector and help businesses take advantage of the growing space market.” 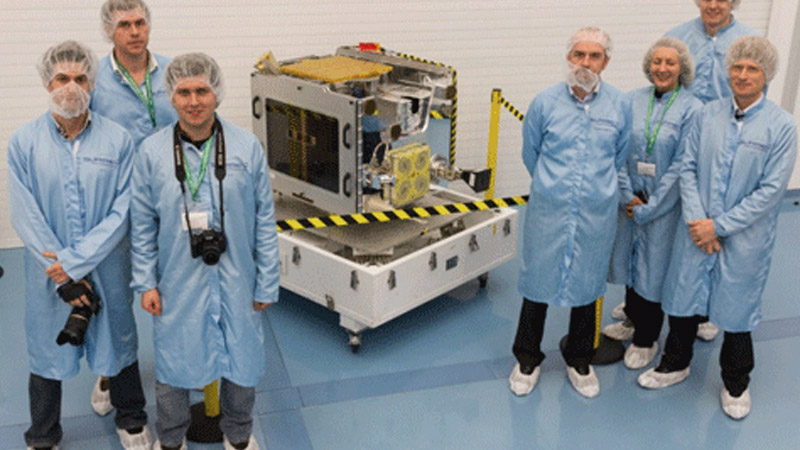 TechDemoSat-1 is based on the SSTL-150 platform and is part-funded by a grant from the UK’s Technology Strategy Board, and SEEDA (South East England Development Agency). The spacecraft carries eight separate payloads from UK academia and industry, providing valuable in-orbit validation for new technologies.